Home
Lifestyle
PUZZLE: How to Open This Cupboard Without Breaking the Plates?

The internet has gone on a frenzy over the puzzle of how the homeowner could open this cupboard without breaking the plates that are pressing on the glass pane. First of all, though, we’re thankful that this homeowner had glass panes on the cupboard or else she wouldn’t have to worry about the dilemma at all because by the time she opens the door, all those plates would have come crashing down – and she wouldn’t have any warning of what was to happen!

Now, back to the problem, how could the owner open the cupboard without getting all those precious porcelain wares broken?

The problem was so big and interesting, actually, that less than a week after it was posted by Facebook user Tseng Shao-Tsen, it has garnered over 16k likes and reactions as well as over 450 comments. 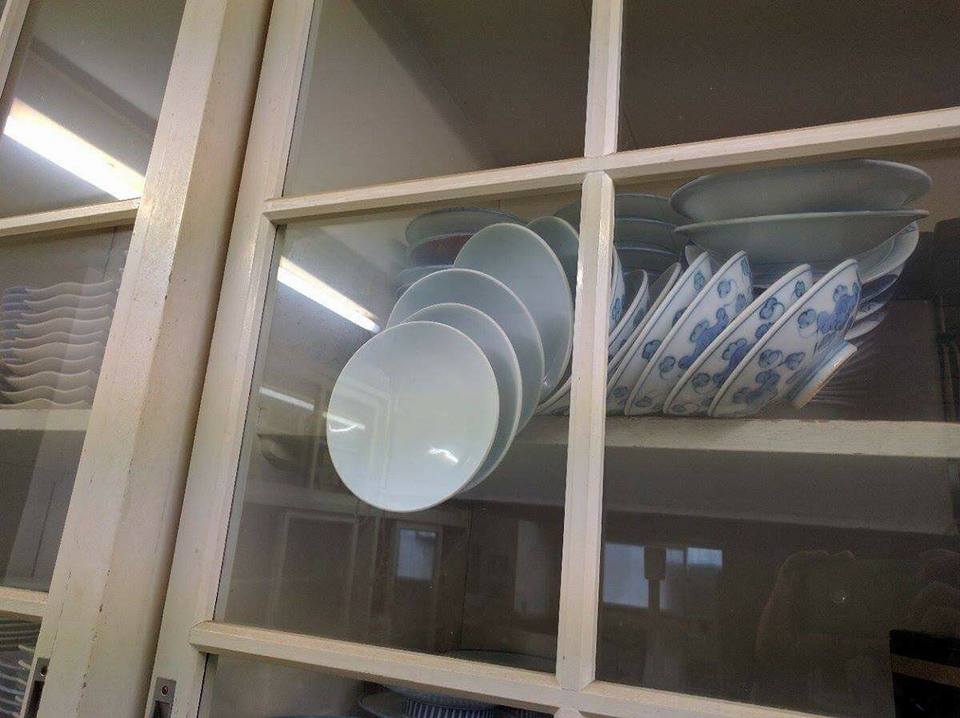 Many suggested the ‘easiest’ way out: just let the plates break and buy a new set! But that can be an expensive option, of course, because those plates could possibly cost a lot of money. Plus, the user did go to the internet for help – so, it would be better if people on the web could actually provide a solution.

According to Tseng, the plates aren’t his but that of his friend, a stay-at-home in Taiwan who couldn’t figure out how to save those dishware from breaking.

Various suggestions were soon put forth on social media. While many still advised the young mom to ‘let bygones be bygones’, many actually provided useful solutions.

There were also those who suggested she place a thick blanket at the bottom to catch the plates or even ask someone else to help catch these and pray they don’t break.

How Did the Owner Solve the Plate and Cupboard Puzzle?

Tseng later posted an update, revealing that the cupboard was finally opened and ALL the plates were saved! The owner opened the door slightly and reached in to push the plates in place.