Best known in the Harry Potter world for playing Professor Severus Snape in the movies, 69-year-old veteran actor Alan Rickman dies of cancer on January 14, 2016. His death was confirmed to the media by his family members, with several notable personalities posting about his death and sharing their own tributes.

Harry Potter writer J.K. Rowling tweeted, “There are no words to express how shocked and devastated I am to hear of Alan Rickman’s death. He was a magnificent actor & a wonderful man.”

According to NBC News, the Guardian newspaper was first to break the news of the actor’s death. The paper had also revealed that the actor was suffering from cancer and that he was survived by Rima Horton, his partner of 50 years whom he had just recently married. 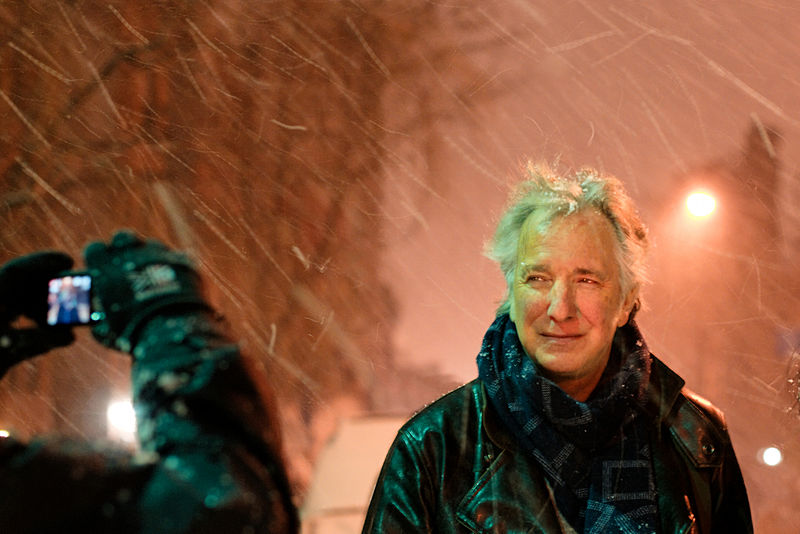 “I do not want my heroes to die! Alan Rickman is dead and he was another hero. Alan — thank you for being with us. We are sorry you had to go,” comedian Eddie Izzard tweeted.

Rickman has been in several popular movies, often playing as the bad guy or main antagonist. For example, he played the role of the Sheriff of Nottingham in Robin Hood: Prince of Thieves; this role won him the BAFTA Award for Best Actor in a Supporting Role and, according to Wikipedia, propelled him into fame as “one of the best actors to portray a villain in films”.

He also portrayed Judge Turpin in Sweeney Todd: The Demon Barber of Fleet Street, Grigori Rasputin in Rasputin: Dark Servant of Destiny, Colonel Brandon in Sense and Sensibility, Hans Gruber in Die Hard with a Vengeance, Harry in Love Actually, and Antoine Richis in Perfume: The Story of a Murderer.

Still, his role as Professor Severus Snape in the Harry Potter movies is one of the most notable he’s ever done and has made him a household name even among the young people of this generation.