With his long grey hair and beard, Professor Ruben Madridejos looks more like Gandalf the Grey from “The Lord of the Rings” than as college professor but he would become the victim of discrimination, as witnessed by a fellow teacher.

This is most likely not the first time that this happened, making the moment more heartbreaking than ever.

According to Rozel Billones who witnessed the incident, she saw Sir Madridejos waiting for a jeep to ride but most of those that passed just ignored him. The drivers or the barkers will tell him there was no more space inside, all the while calling out for other passengers to get inside. There was space but not for the teacher who appeared to have been assumed poor and homeless.

What’s sad is that when Sir Madridejos was finally able to get on a jeep, the other passengers ignored him. Just like the drivers, the passengers also assumed he was just another homeless old man trying to catch a free ride on the jeep.

Despite his credentials, the teacher stayed humble. He simply asked the other passengers why they wouldn’t let him sit down when he’s a senior citizen but they remained quiet. Someone even commented why Billones let the old man sit down.

When Sir Madridejos arrived at his destination, he paid. But the driver mocked, “Walang balak mag bayad yon, wala namang pambayad.” And the other passengers actually laughed and nodded in agreement! 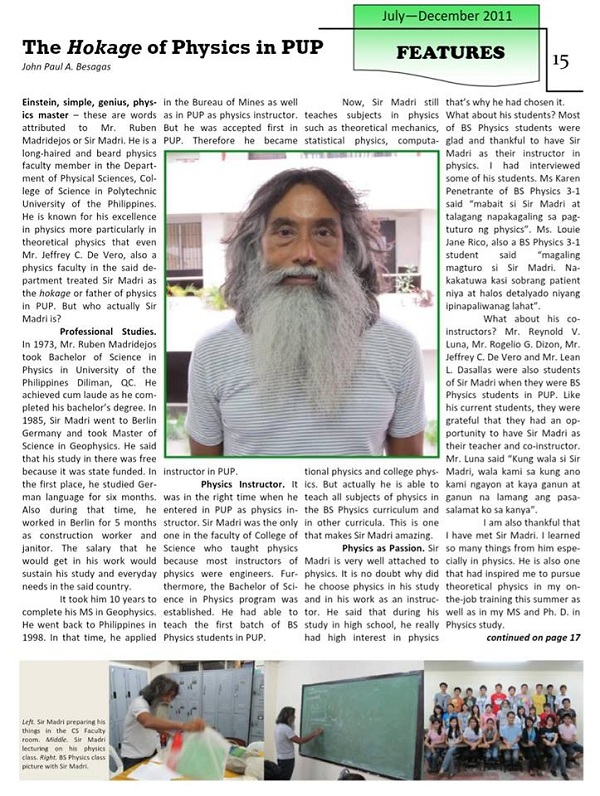 But because Sir Madridejos didn’t flaunt his credentials when he had the chance to tell these people off, Billones kept quiet as well. But she knew those judgmental people were very wrong…