Home
Lifestyle
This Professor Brings His Cute Dogs to School

A lot of college professors have a reputation of being strict and impersonal but there are, of course, a lot who are fun, friendly, and know how to keep students happy while they are learning.

One of these is a professor from Silliman University in Dumaguete City, Negros Oriental in the Philippines.

A happy student posted photos on Twitter of her college professor bringing a cute shih tzu puppy in class. According to Tiara Jabutay, a Mass Communication student at Silliman University, “Sir Enario brought his dog to class again.” 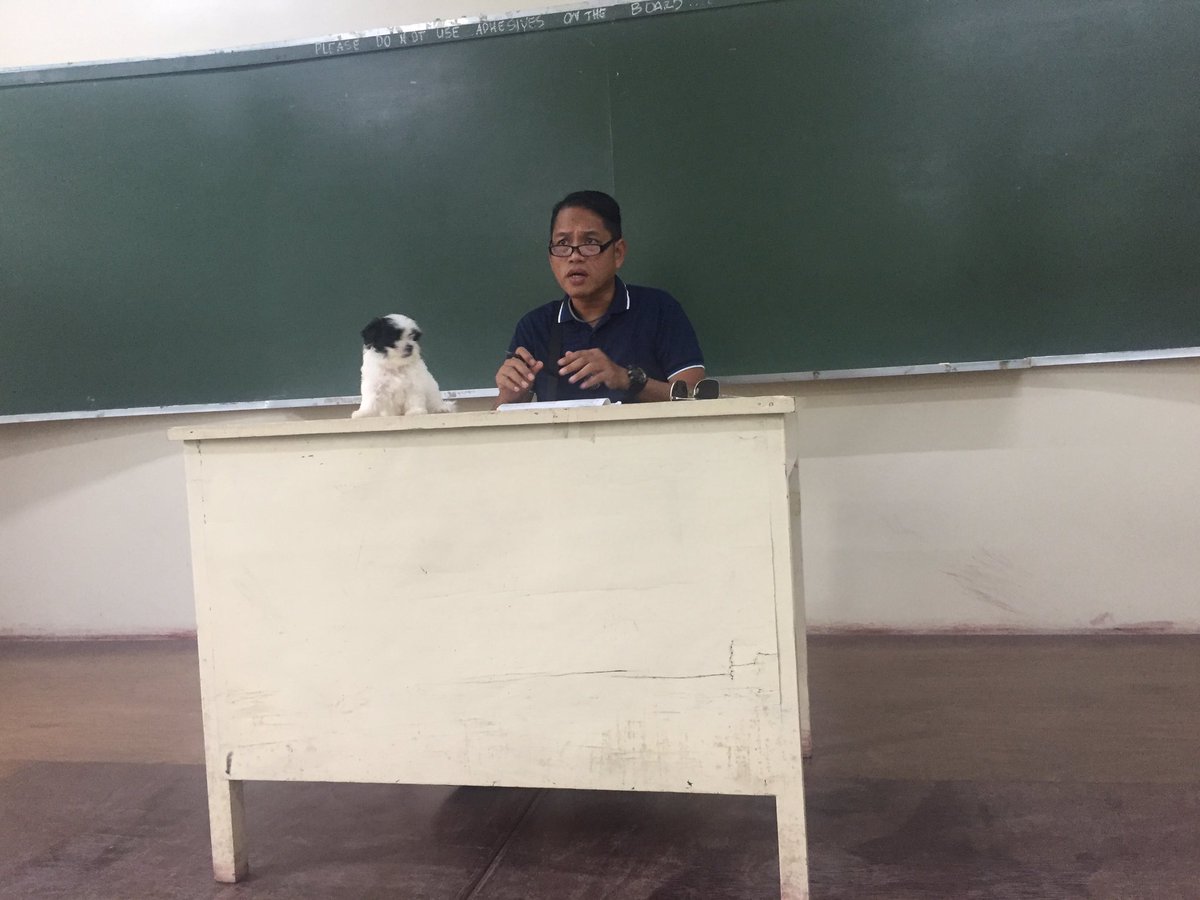 The post quickly went viral, with Twitterverse loving the photo of this tough-looking professor bringing an adorable puppy in class.

She later told When in Manila:

My professor’s name is Victor Enario, and he’s known for bringing his dogs to his class every now and then. My tweet was during our Political Science 51 class. I was under him 2 years ago, in History 51, and he also brought dogs. Apart from that, many students like Sir Enario as a teacher because he’s really funny during class discussions.

According to Jabutay, Sir Enario teaches history and political science in the said school.

The student also told the blog that the male puppy does not have a name yet because the professor couldn’t figure out a name for his cute pup yet but it seems that despite being nameless, this cutie has already stolen the hearts of thousands of netizens on Twitter. 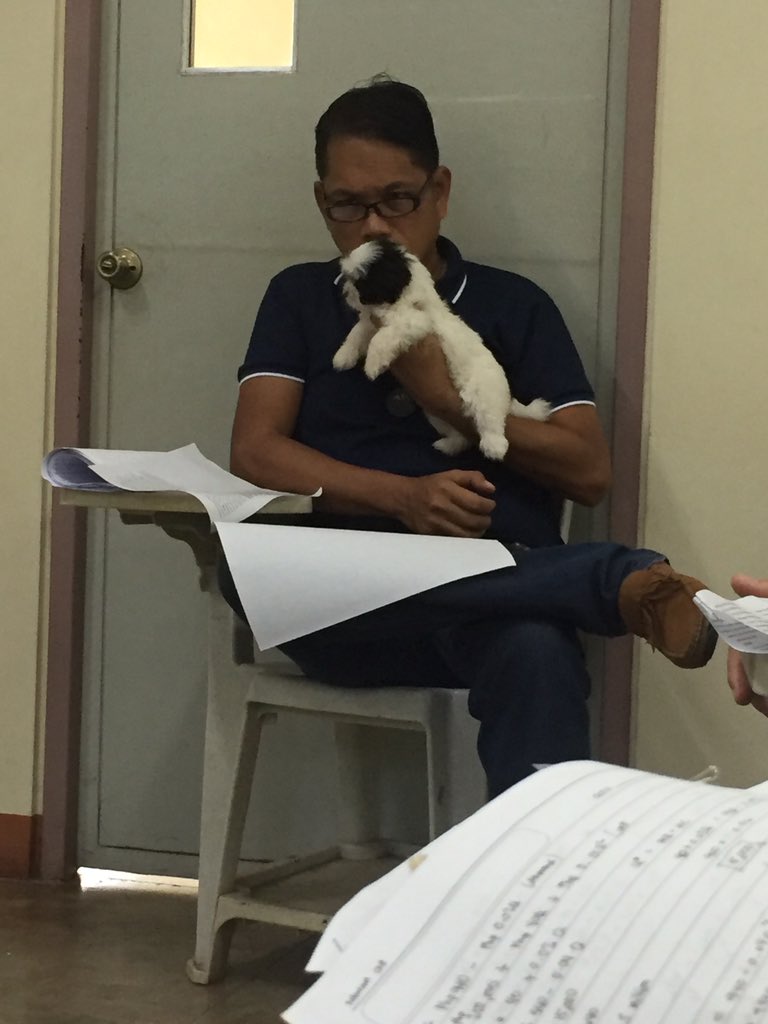 Many netizens also commented how nice it was for the professor to bring his adorable pup to school, to lighten the moment and make his students happy especially considering he’s teaching supposedly ‘boring’ subjects.

What do you think of teachers bringing their pets to school?