While on her way home aboard a jeep, social media user Marie Ku Maureen Ceniza met 9-year-old Janjan who was singing a Tagalog Christmas song; this happened in Cebu City, central Philippines.

According to Ceniza, she wanted to give the boy some coins but knowing that this is actually against the law (anti-mendicancy), she thought of other ways she could help the kid. So, on a whim, she told the boy she’d treat him to dinner.

Ceniza revealed that the other passengers looked at her like she’s gone crazy – for who takes streetkids to dinner, anyway? Well, she did not mind their stares. Instead, she brought the kid to Jollibee and told her parents she was ‘on a date’.

While dining with Janjan, she discovered that the child lives with his mother and younger brother – and that their main source of income and food is scouring trash bins for leftovers.

But while the boy devoured his food like he was really hungry, he actually ate only a small portion of the chicken. When Ceniza asked whether he wants more rice for his chicken, he said he was actually saving it for his mother and brother.

Touched by the boy’s thoughtfulness, she told him she’d buy more for them. Upon learning that, Janjan picked up the chicken and ‘ate it to the bones’!

Afterwards, she bought him more food to bring for his mother and sibling then helped him ride a jeep as the kid said most of the jeepney drivers don’t actually let him ride since he does not have money to pay them, anyway. 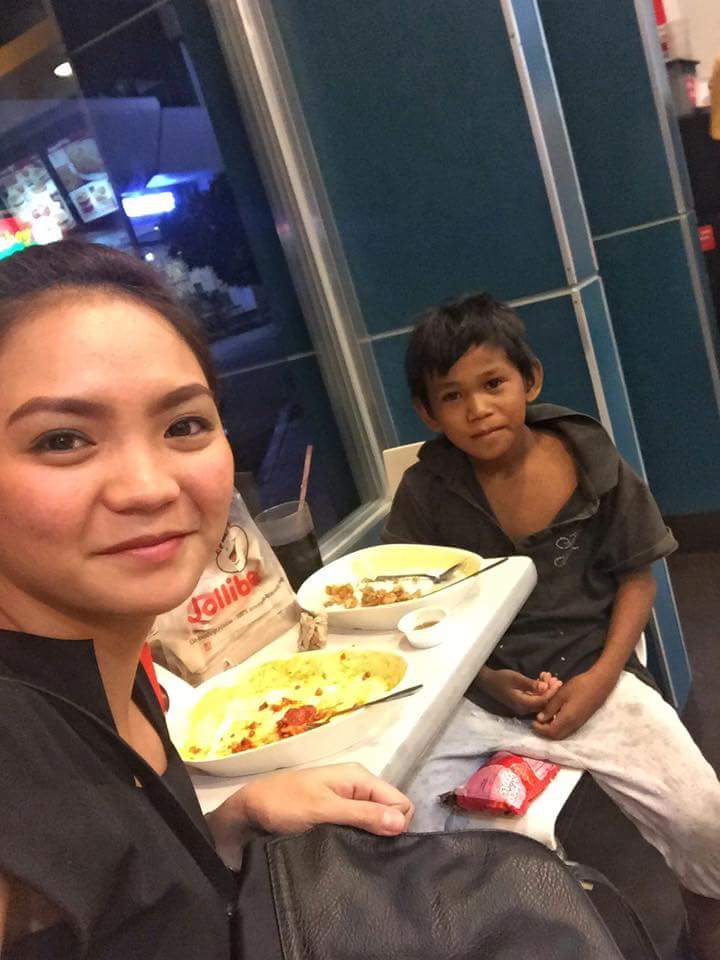 Ceniza would later post this encounter on social media where she received mixed reactions.

As expected, there were those who bashed her for finding the need to share the good deed when things like that don’t have to be announced to the public yet many believe that Ceniza wasn’t bragging about helping out but was merely trying to encourage others to help those in need.

What is the anti-mendicancy law?

This law prohibits people from begging or asking for donations in the streets; this was first implemented in the Philippines by President Ferdinand Marcos in 1978 as the Presidential Decree No. 1563.