An off-duty cop resting in his car in the Central West End neighborhood of St. Louis, MO, miraculously survived a shootout after a mysterious voice told him to wear his bulletproof vest. Immediately doing the voice’s warning despite not knowing where the voice came from and whose it was, the cop’s life was saved – for out of the blue, a group of men began shooting at him for no apparent reason!

The police officer (who could not be named for security reasons) believes he was targeted because he was wearing a police uniform as there was nothing to indicate why the group began shooting at him when he was doing nothing to them.

In fact, the cop was merely resting in his car and had taken off his bulletproof vest because of the hot weather. The area was deserted for some time until four guys appeared. According to the cop, though the four did not really look suspicious or outwardly scary, he could feel the hairs at the back of his neck rising. He would have ignored the feeling had he not heard the voice urgently telling him to put on his vest!

With nobody around that could have been the source of that warning voice, the police officer thinks it was God himself (or perhaps an angel?) who delivered him from evil.

A shootout ensued. Though he was wounded at the spot where there was no vest, his major organs were out of harm’s way. It was amazing how he survived the shootout – especially if you look at the large bullet holes on his vehicle. He even managed to run after the suspects and get their descriptions, something that would later help the criminal cases filed against all four.

A bulletproof vest is a personal armor used to protect the upper body, particularly the chest and abdominal area from bullets as well as shrapnel. It is worn on the torso and could come in varied colors or design but worn in a similar manner. 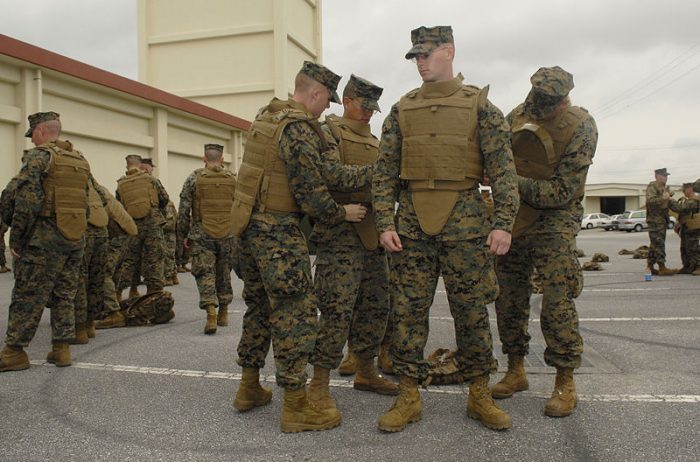 For best effects, the bulletproof vest is also used with other protective clothing, including combat helmets. This is particularly useful in the battlefield. Although most uniformed personnel only use the vest type and the head gear to some degree, there are also a number who add other layers of protection, such as ballistic shoulder and side protection armor components.
Share
Tweet
Pin
Share
Tags:cop survives shootout, mysterious voice saves policeman, mystery, shootout, unsolved mysteries