A homeless old man was lying on the pavement outside a KFC outlet located at Kalentong in Daang-Bakal, Mandaluyong in Metro Manila, Philippines. While most of the people who passed by the old man paid him no heed, a policeman patrolling the area took pity on him.

Netizen Paul Mark Soliven (Facebook user Nevilos Luapkram) noticed the cop go near the sleeping old man and thought that the police officer was surely going to ask the homeless guy to move away from the spot (as cops and security guards are wont to do in the country). It therefore amazed the netizen that this cop did not drive the homeless old man away; instead, he gave him a flattened cardboard box to sleep on.

What was even more amazing is that the policeman not only gave the old man the box, he also assisted the old guy so the latter could sleep in a better position on the box. 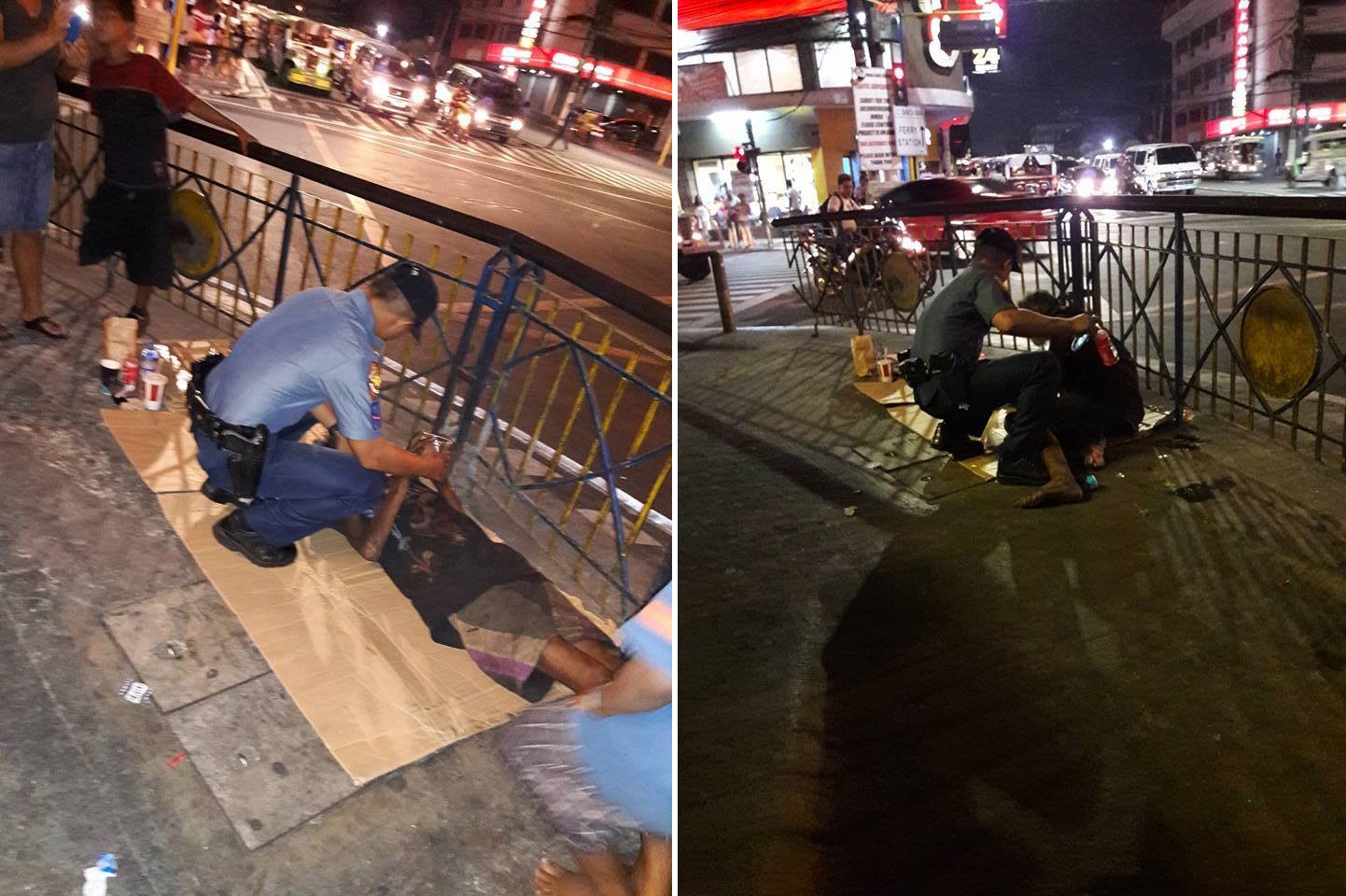 Considering how this homeless guy probably has not taken a bath in weeks (possibly months or even years!), a lot of people would not dare touch him or even be within a few feet away yet this kindhearted policeman not only showed him compassion by sharing a box for him to sleep on, the cop also did not mind touching and tenderly assisting him!

Truly, this police officer is a great person. It was only quite unfortunate that Soliven was not able to obtain his name but surely his actions will never be forgotten where it matters most…

Metro Manila is the central hub of the Philippines, home to thousands of various businesses, offices, shopping centers, and lots of different establishments. As expected, the metropolitan city is a magnet to a lot of people, not just the workers but also people who are down on their luck and might be homeless.

In 2014, it was reported that Metro Manila has the highest homeless population in the world, with data supposedly showing that there are around 22.8 million people (which includes about 1.2 million children) who are residing in the streets and slums of the metropolitan city.