MANILA, Philippines – In what could be another first in Philippine history, the Philippine National Police (PNP) claims that the crime rate was down to zero in Metro Manila during the inauguration of President Rodrigo Roa Duterte. Such thing has not happened with previous presidents; although the feat was not a first because the entire country has been experiencing zero crime rates during boxing matches of Pinoy champ Manny Pacquiao – but boxing bouts and presidential inaugurations are definitely two very different things!

Could this mean that the change Duterte touted during his campaign is really beginning? Well, the answer is “possibly so!” – after all, over 352 drug pushers and users voluntarily surrendered in Quezon city mere days from the official start of Duterte’s administration, and many others have also surrendered in other areas across the country.

The PNP expects that Pasay City will see an influx of voluntary surrenders of as many as 500 drug users and pushers – and more could be expected throughout the country. It does seem like the country is getting a major shake-up, not just in its public officials but even ordinary citizens as well; everyone (or at least majority) are willing to undergo change for real change to happen! 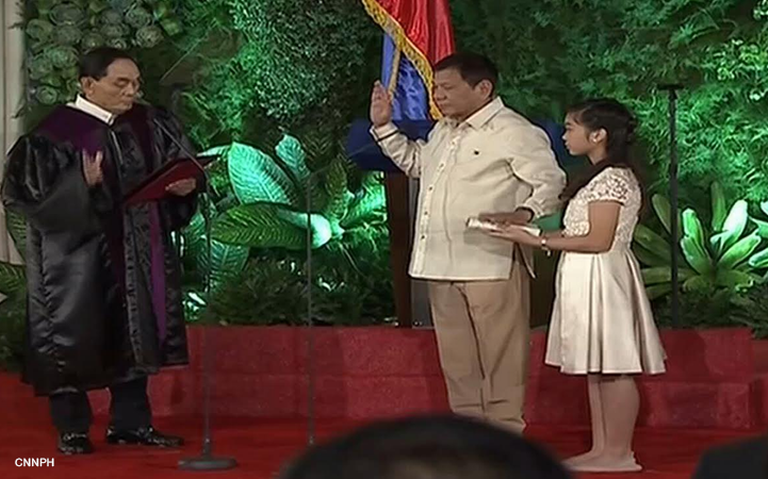 With the president officially in office for over a day now, we could foresee more changes happening in the near future. Although he had reportedly retracted his statement about stopping crime and drugs within 6 months of his term, he did stress that he did not say “stop” but “suppress” which are two different terms.

Still, judging from the voluntary surrenders and the supposed zero crime rate during his inauguration, it might be safe to say that change is really happening now. Perhaps, we could soon be walking the dark streets at night without fear that someone would jump from a deserted alley to take away our belongings… That is definitely a change we would all wish to experience soon!