A photo of a group of nuns passing by sleeping street kids has sparked a heated online debate.

Taken by Jonple Baltar, the snapshot circulated on social media and was soon picked up by various Facebook pages.

A lot of netizens believe that the photo was quite poignant because it shows the dark side of religion wherein religious entities like priests and nuns who preach about helping the poor do not actually practice what they preach.

Others felt angry that these nuns are the same ones who protest against contraceptives and various forms of family planning, yet they ignore sights like this one – the very evidence of what happens when people don’t use contraceptives but are too poor to support their own children. 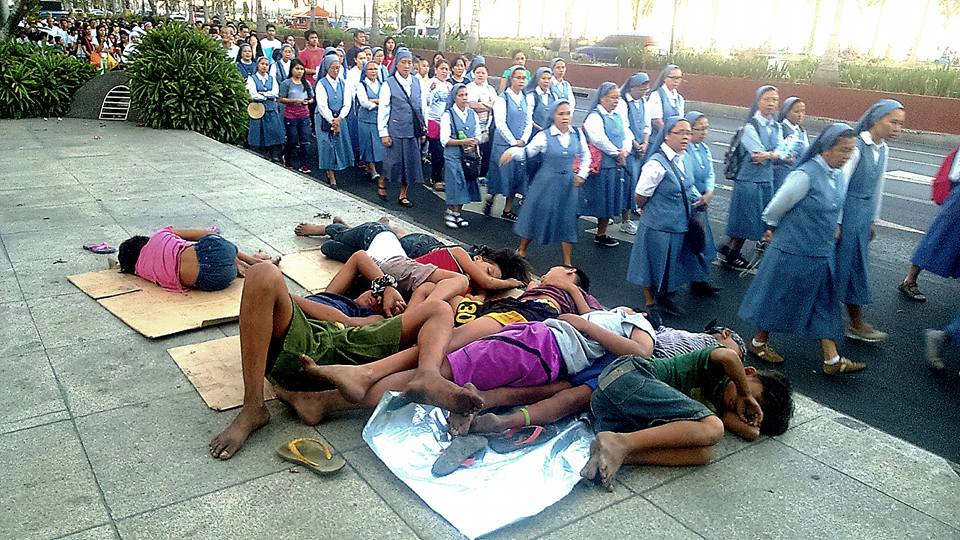 Many netizens also defended the nuns, saying that they can’t help all the homeless people but that does not mean they aren’t helping at all. A number even shared statistics such as the number of orphanages being run by nuns.

There were also those who slammed the ‘judgmental’ netizens who created assumptions about the nuns based on this photo.

What do you think of this photo – and whose side are you on?

How Long Does Sperm Live?

Religious leaders who are against contraceptives are advocating natural family planning methods such as the calendar method. However, this isn’t fail-proof especially because sperm can live up to 5 days inside the woman’s reproductive system under ideal conditions!

This means that even when the couple had contact outside the woman’s fertile period, the sperm could still live and be strong enough to conceive a baby once an egg becomes available.