MANILA, Philippines – Just a few hours away from the much-awaited first State of the Nation Address (SONA) of President Rodrigo Duterte, a huge crowd had gathered in designated areas near the Batasang Pambansa where he will make the speech.

With the jam-packed crowd also came a number of vendors who knew that these people are bound to get hungry and thirsty as they wait under the sun.

One of these vendors is a young boy selling tetrapack juice – but because of the crowd and his small size, his goods were knocked over. Naturally, the boy was sad with this situation but who would come to his rescue? No less than the top ranking official of the Philippine National Police (PNP)! 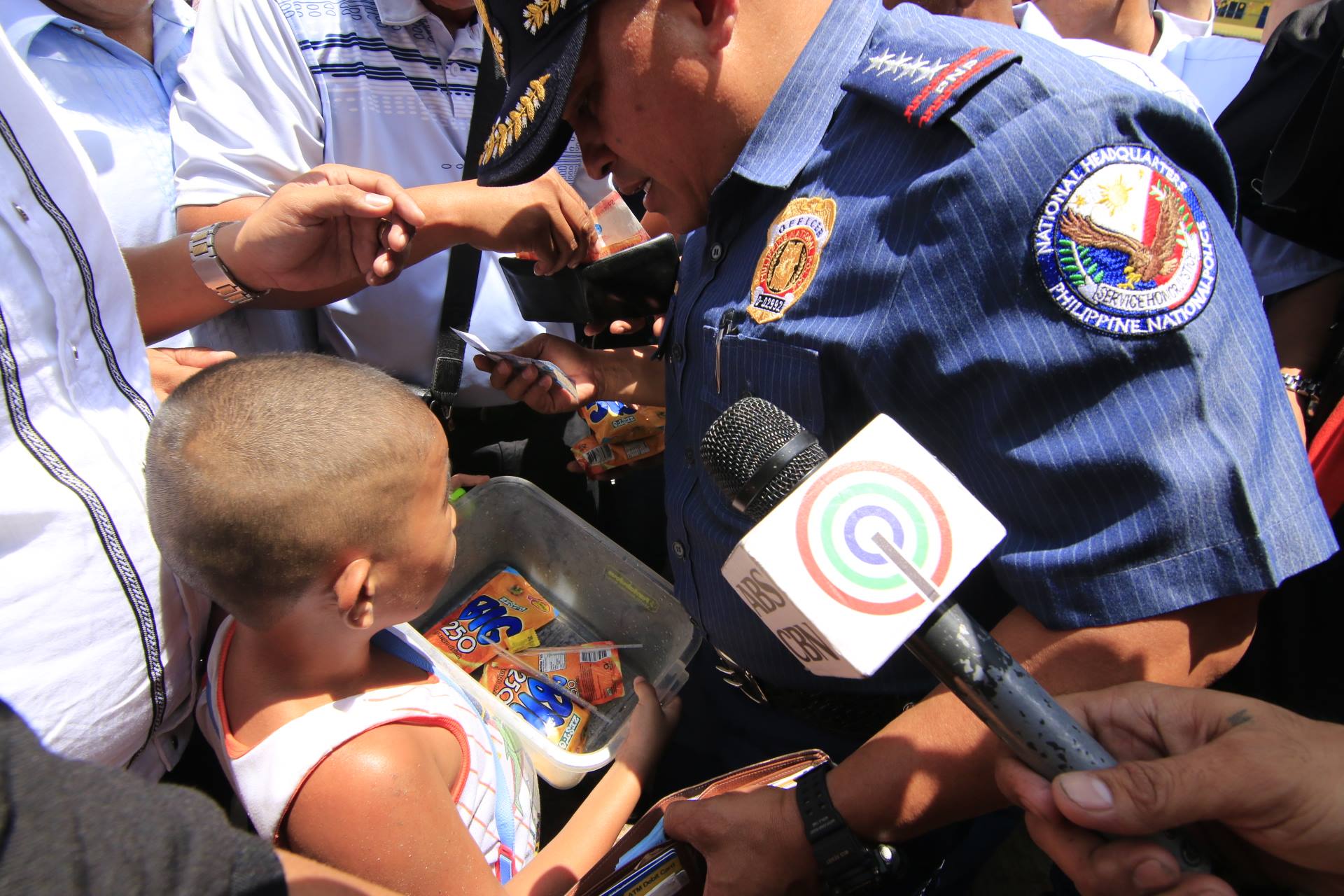 General Ronald “Bato” Dela Rosa went to the boy upon learning his plight and bought the rest of the juice packs the boy was selling! What a cool police chief!

Known for his ‘pusong bato’ (heart of stone) against drug pushers and criminals, little did people know that he also has a ‘pusong mamon’ (soft heart) for those who are weak and oppressed, those in need of help…

Photos of Gen. Dela Rosa’s good deed for the boy were shared by EC Toledo IV on the Facebook – and these went viral almost instantly! Indeed, a lot of people hate the police chief for waging a bloody war against drug users and pushers yet a lot have also appreciated not just his efforts in the drug war, among other police accomplishments, but also his kind-hearted actions for this young boy.

The SONA or the State of the Nation Address is the president’s report on his accomplishments as well as plan of actions for a specific period; this is a yearly report/speech but the first SONA is done mere days after the president takes his oath of office since the SONA is traditionally “delivered every fourth Monday of July at the Plenary Hall of the Batasang Pambansa Complex in Batasan Hills, Quezon City, Metro Manila.”