According to him, lowering the rates will only result to lesser government revenues and that could mean expanded tax collection deficit. On top of that, he also resisted the idea of increasing value-added tax (VAT) in an attempt to cover for the expected loss in government revenue. He defended that doing that will only boost oil prices, power and transportation rates. 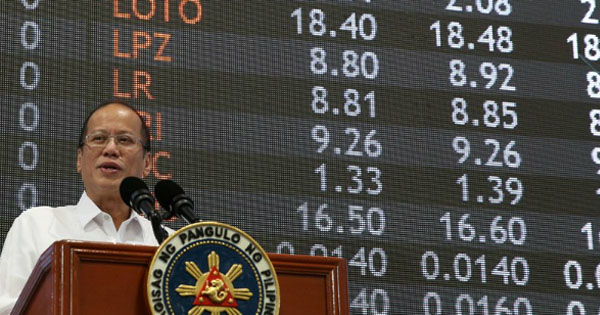 Despite the president’s decision, many labor groups weren’t convinced with his explanations, considering them to be very “short-sighted.”

Renato Magtubo, chairman of Partido Manggagawa believes that the good that will come from decreasing tax will ultimately outweigh any possible consequences.

He said “While in the short run, government coffers will be affected, in the long run, the government and the economy will benefit from it.”

Nagkakaisa’s Alan Tanjusay, on the other hand, said “We were expecting that he the least he would do is to revise the figure into a compromise, if not, phased tax cut. But to rather shot down the entire measure outright, President Aquino has permanently sealed further the fate of workers.”

The son of Senator Benigno “Ninoy” Aquino and President Cory Aquino, Noynoy has been elected as the 15th President of the Republic of the Philippines in June 2010.

He has been often slammed by critics for many reasons particularly how the government handled the typhoon Yolanda crisis in Tacloban as well as the poor response to the Mamasapano massacre which led to the death of 44 cops.

He has recently endorsed DILG secretary Mar Roxas as his bet for the upcoming 2016 presidential elections in the country.