In the research carried out by Missouri-based website TreadmillReviews.net, 12 reusable water bottles used by athletes for a week were tested. The results of the tests showed that over 300,000 colony formung units (CFU) of bacteria were found on the average person’s water bottle. 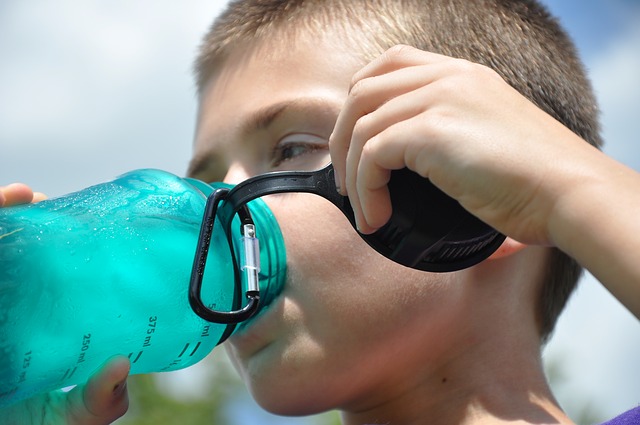 They also found that most of the bacteria thriving all over the bottles’ spouts and caps were gram negative rods like E. coli and salmonella, which are known to be the most harmful types. A host of bacteria linked to blood poisoning, pneumonia as well as skin infections were also discovered in the water bottles.

With an average of more than 900,000 CFU per square centimetre, slide-top type water bottles were found to have the highest germ content. These water bottles contain the most gram-positive cocci linked to skin infections, blood poisoning and pneumonia.

Squeeze-top bottles were the second worst with 162,000 CFU/sq cm, while screw-top containers followed with about 160,000 CFU/sq cm.

Straw-top bottles proved to be the safest with only 25 CFU/sq cm. Researchers believe that this is because water drips to the bottom of the straw instead of sticking around to attract moisture-loving bacteria. Germs found at the tops of the straw were also found to be “mostly harmless”.

The website suggests using stainless steel vessels instead of plastic water bottles. It also recommends the use of dishwasher or thorough handwashing in cleaning the bottles after every use.

Can Plastic Water Bottles Cause Cancer?

According to cancer.org, diethylhexyl adipate (DEHA), which is believed to be used in making plastic water bottles, has not been proven to cause cancer, immunotoxicity, gene mutations, neurotoxicity, teratogenic effects as well as liver, reproductive, kidney or developmental toxicity by the US Environmental Protection Agency.

Furthermore, the International Agency for Research on Cancer (IARC) has not classified DEHA as carcinogenic to humans.