With the Philippines being an archipelago located in the tropical zone, most Filipinos have experienced frequent floods. It’s something that one has come to expect whenever there are storms passing through the country.

In recent years, even scattered thunderstorms bring floods to many areas. But many countries rarely experience heavy rains and floods; thus, when it happens, the people might not know what to do.

So, when rising floodwaters trapped a lot of people in Jeddah, Saudi Arabia, a Filipino was hailed a hero for helping a trapped elderly Saudi man from his vehicle. 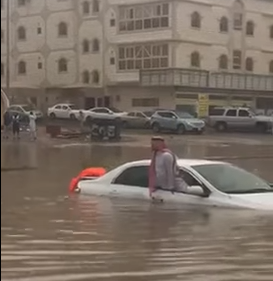 In a video that has since gone viral on social media, several vehicles could be seen trapped in the flooded street but one elderly man was panicking inside his vehicle as he sought help. The waters could rise swiftly and bring him to more danger.

But while officers of the Civil Defense were there to rescue the man, they were also unsure of what to do. Some tried to walk on the elevated area that divides the street but even when they were armed with life vests, they were also not sure how they could get down to the trapped man.

Rescue vehicles could also be seen waiting in the sidelines as were many onlookers but still nothing much happened – the rescuers were stumped on what to do next. 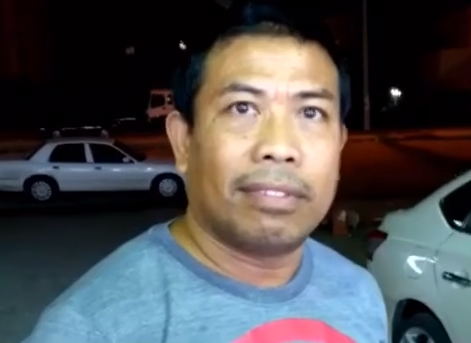 After watching the slow proceedings for some time, a Filipino identified as Dawood Balindo decided to help out. As many Filipinos are wont to do during floods, he just braved the waters and swam towards the stalled Saudi man’s vehicle.

Knowing the guy would be afraid of the water, he took the life vest thrown by the rescuers and gave it to the elderly guy. Then, he hoisted the man up and carried him like a child towards higher ground.

While the man got wet as his lower body got dipped in flood waters, he was extremely grateful to be on safe ground.

As for the Filipino guy, he was hailed a hero but he shrugged it off, saying he was just doing what he thought was right.