One of these contests open to grandmas is the Mrs. Grandma Universe. While it isn’t well known [it’s even the first time that we’ve heard of such a beauty pageant!], the pageant is slowly gaining traction in the world of beauty contests as it proves that women can be beautiful no matter their age.

Amazingly, its most recent winner is from the Philippines! Isn’t that wonderful?

While the Philippines’ bet for Miss Universe 2016 Maxine Medina only made it to the Top 6, 51-year-old grandma Agnes Jakosalem takes the crown as Mrs. Grandma Universe 2017 in a pageant held in Sofia, Bulgaria last January 22, 2017 (Philippine time). 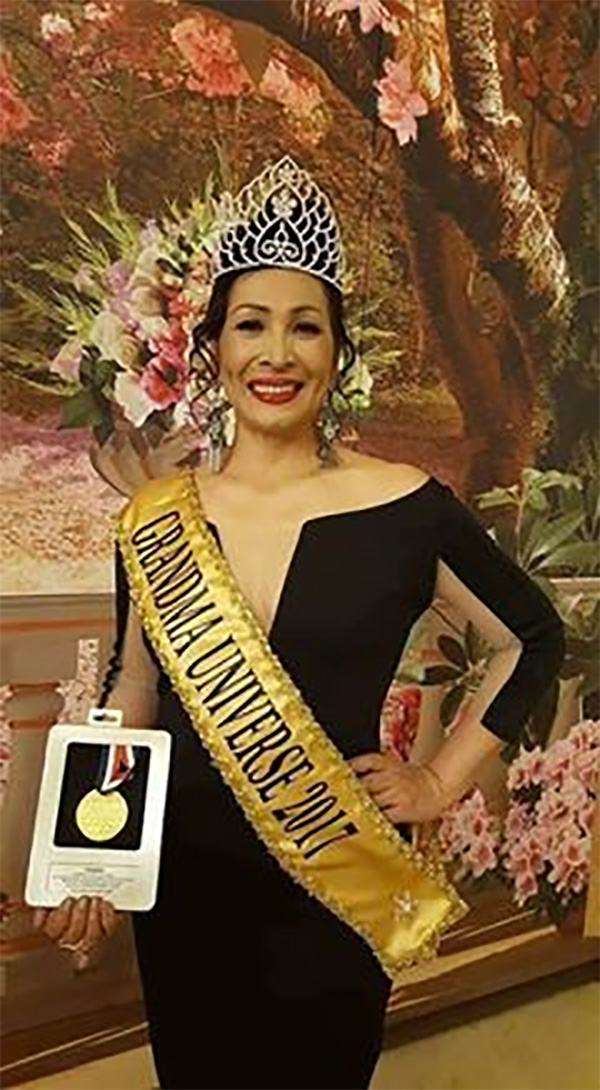 According to ABS-CBN News, the lovely grandma beauty queen has three grown-up children and one grandchild.

Jakosalem revealed that she could not believe she won this was actually the first time that she joined in a beauty contest – but let’s not say this is just beginner’s luck! According to Jakosalem, her ‘weapon’ in the pageant was her pride in being Filipino and her confidence. These surely worked to her advantage.

The lovely grandma makes history as the first Filipino to win Mrs. Grandma Universe. On its official website, it is revealed that Jakosalem is the pageant’s fourth winner.

What is Mrs. Grandma Universe?

A pageant that requires no age limit it seems, Mrs. Grandma Universe is open to grandmothers – no matter how few (must have at least one grandchild, of course) or many grandkids they have.

Very little information is known about the pageant but it is part of the Mrs. Universe franchise which also includes Mrs. Universe (for married women ages 25 to 45) and Mrs. Europe.

The pageant’s first winner was Ivana Hamra of Sweden who was crowned as Mrs. Grandma Universe 2012.