Undeniably, the use of mistress-themed stories in TV shows and films has become a growing trend in the Philippine entertainment industry.

Despite our culture’s conservative view, movies such as “No Other Woman”, “The Love Affair”, and “The Mistress”, and TV shows  like “The Legal Wife” and “Two Wives” have become instant hits to Pinoy moviegoers and TV viewers.

With these types of films and shows becoming more popular particularly on the youth of today, do you think these types of stories this can negatively affect young people’s morality? 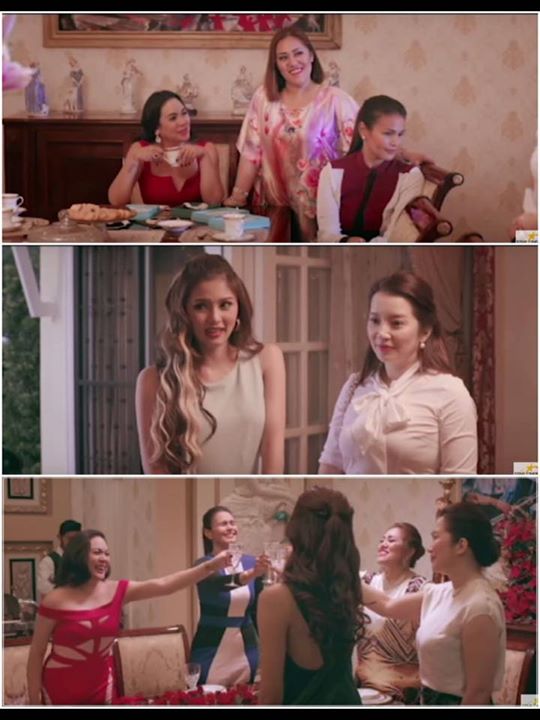 Facebook user Anna Katrina Esteves Pascual fearlessly expressed her opinion about this issue. In a viral post she wrote on September 4, Pascual expressed her disappointment on movie and TV show producers for constantly focusing on mistress-themed films. Pascual questioned why Star Cinema chose to produce Etiquette for Mistresses, a star-studded film set to hit the cinemas this month.

She also challenged filmmakers and writers to produce movies and shows that focus on other themes.

“Some of us are fed up with those kinds of stories and its insulting to the many wives who are watching. I, myself, am a wife and Im not impressed. Why don’t you focus on other things like love, family, about God o kaya Philippine history. Trials on love and family doesn’t necessarily mean that there’s a third party,” Pascual said in her post. 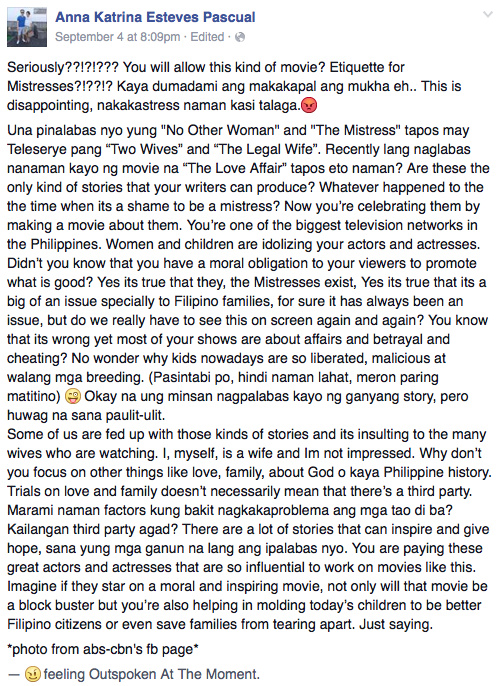 Netizens couldn’t agree more with Pascual. Her thought-provoking post has taken the social media by storm earning more than 50,000 likes and over 25,000 shares on Facebook as of this writing.

Etiquette for Mistresses: A Comeback Film for Claudine Barretto

Based on the best-selling book of journalist Julie Yap-Daza, “Etiquette for Mistresses” is a star-studded film directed by Chito Roño which will be out on theatres on September 30.

After taking time off from the show business, Claudine Barretto will be starring in the film along with Kris Aquino, Kim Chiu, Iza Calzado, and Cheena Crab. The movie serves as a reunion project for Barretto, Aquino, and Chito who previously worked in the 2006 film “Sukob”.

Check out the movie trailer below.