In the United Arab Emirates (UAE), it is estimated that there are over 1 million Roman Catholics – and many of these are Filipinos. A lot of them were lucky enough to attend the papal mass celebrated by Pope Francis at Zayed Sports City Stadium in Abu Dhabi on February 5, 2019. 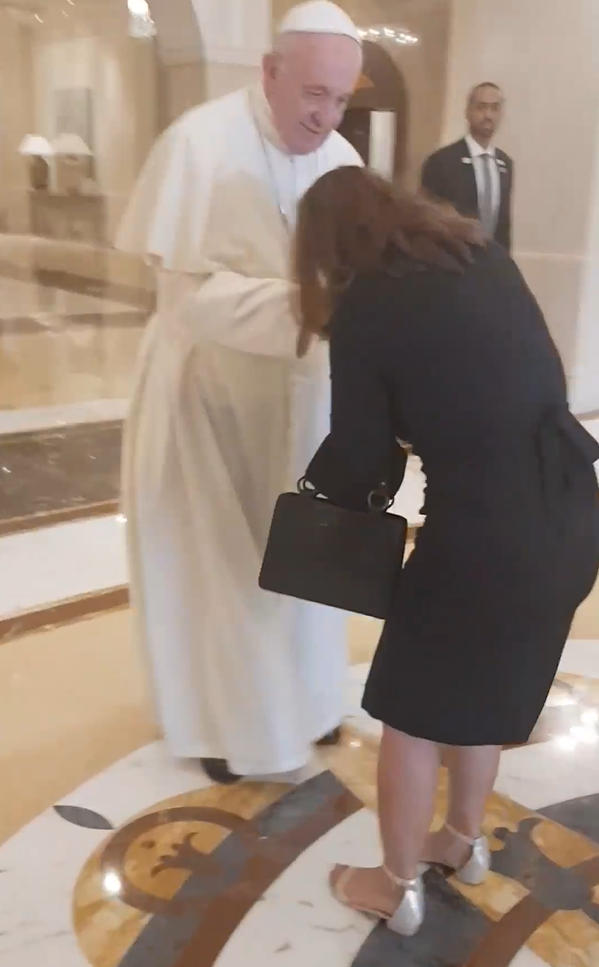 The mass was attended by over 130,000 people who were able to enter the stadium after receiving tickets from their respective parishes and churches. But others have to wait outside the stadium or just watch the mass via live videos shared on social media.

Others were luckier still as they were able to meet the Pope up close. 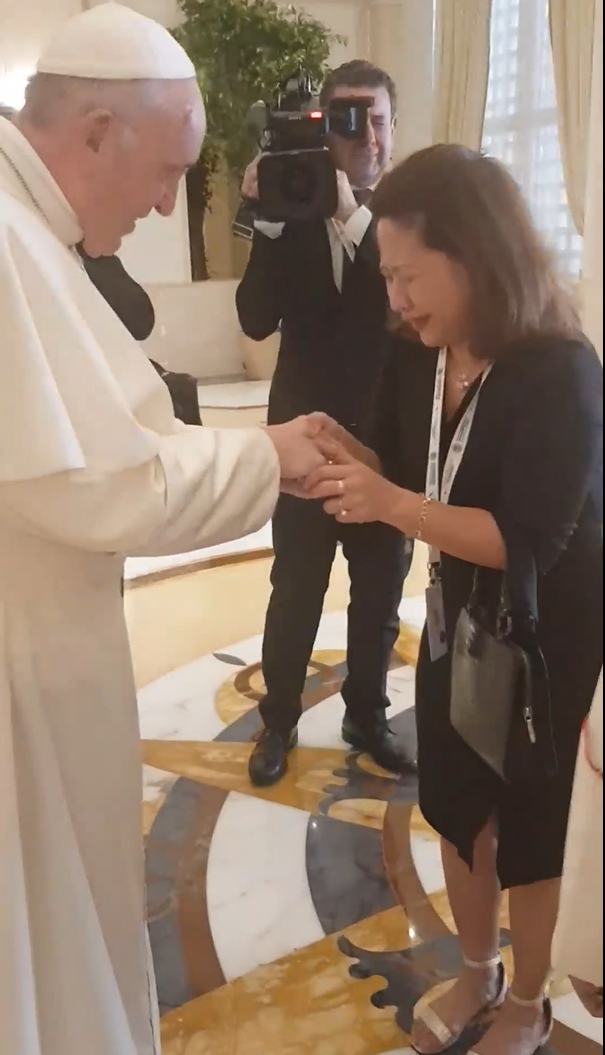 Sally Chan Mallari, a Filipina widow for 13 years, was one of these luckiest ones. Together with other devout Roman Catholic colleagues, Sally waited at one of the exits of St. Regis Abu Dhabi knowing he would pass by any second. 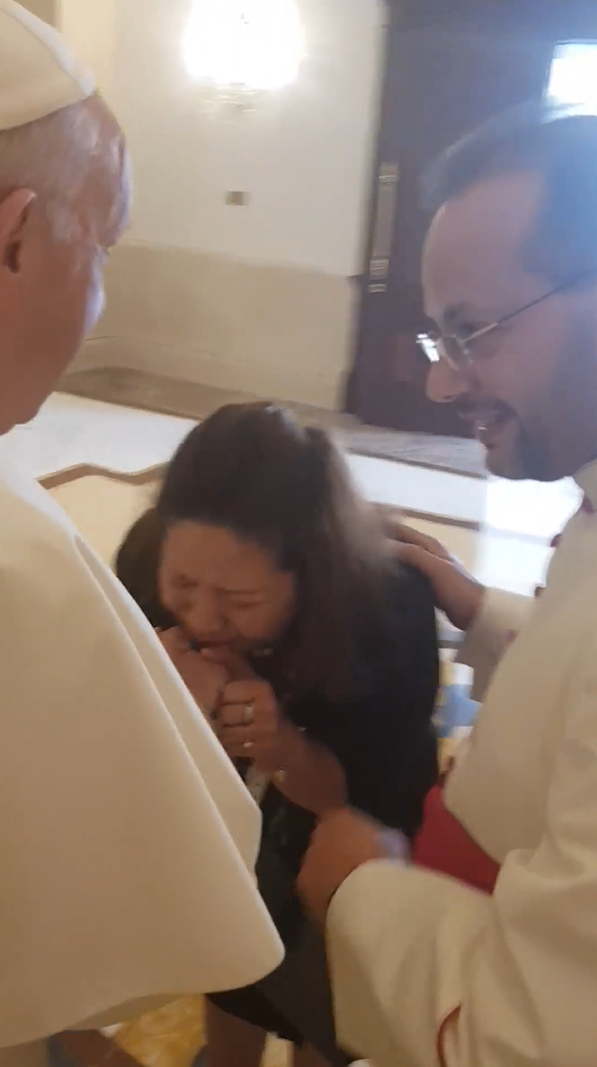 Overwhelmed with emotion, Sally was crying profusely as she saw the Pope. She ran to Pope Francis who immediately extended his right hand. Sally could be seen kissing the Pope’s hand as she thanked him. The pontiff consoled her for a few seconds. 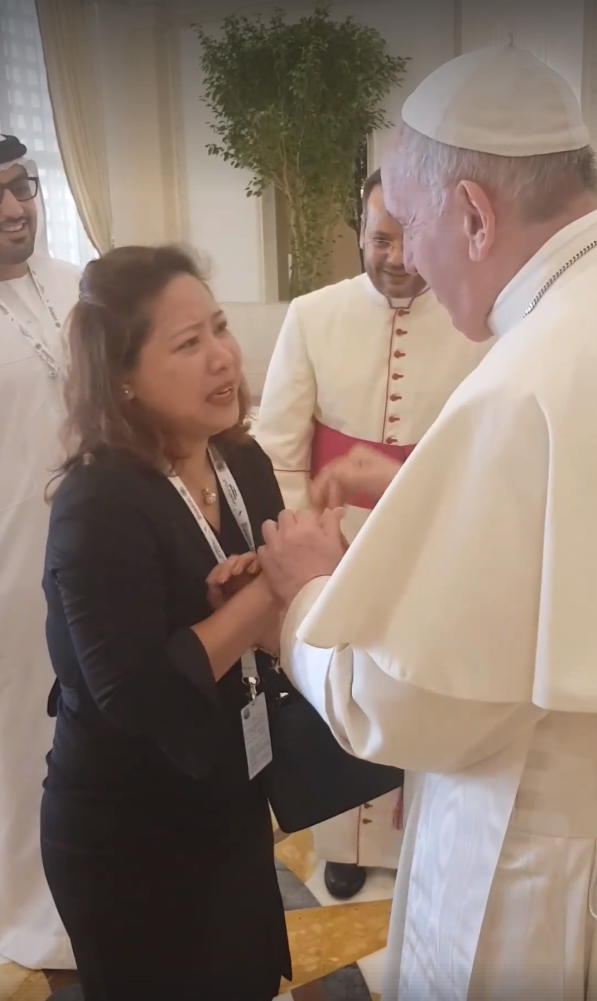 The Pope’s words to Sally were not audible, but he consoled her in that short encounter. She must have made such a impact on the pontiff because she would later post about receiving a rosary as gift from him. In the video, the pontiff had not given her anything, but it was possible that a staff would later find her to hand over the white box containing a rosary. 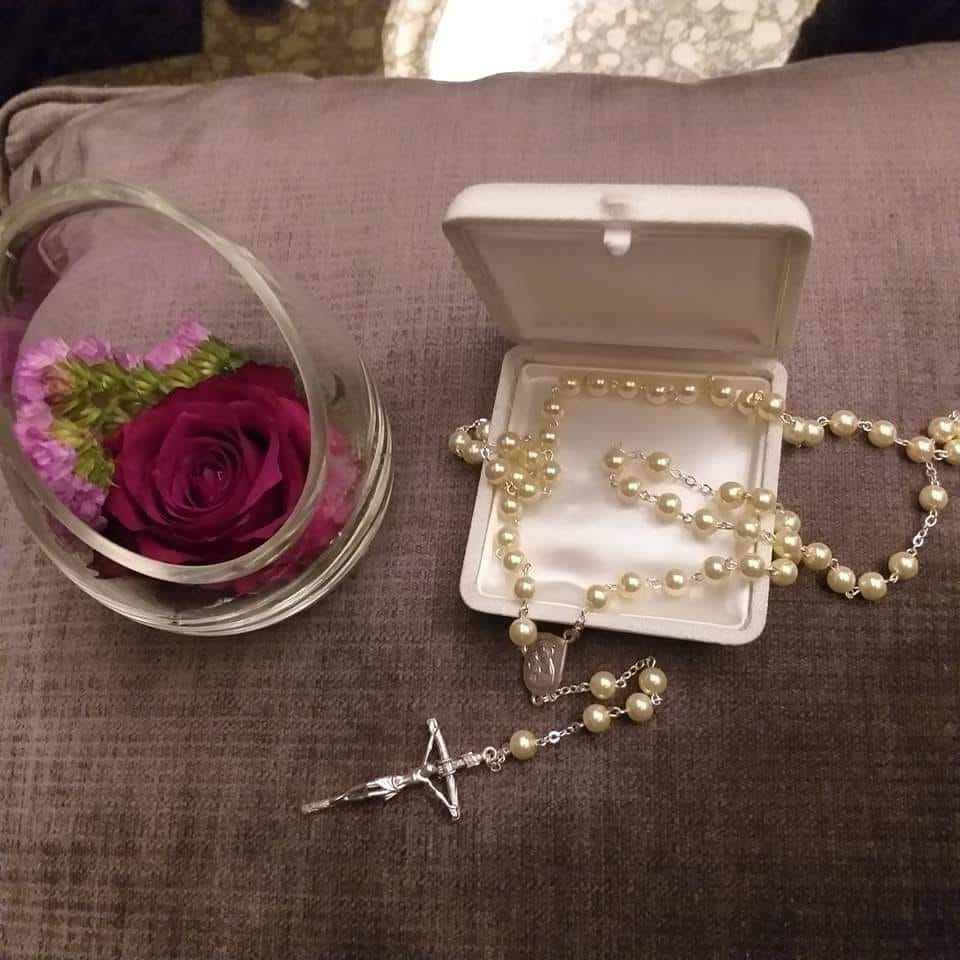 Sally works as a personal assistant to a dignitary in the UAE, a position that gave her the chance to meet the Pope up close. What a lucky woman!