A Filipina registered nurse who also works as model in Los Angeles, California was recently attacked by a racist woman who was pushing her baby’s stroller while berating the innocent victim.

The unprovoked attack happened while the Pinay, Quiggle Ignacio, was eating inside her car at Eagle Rock Plaza. 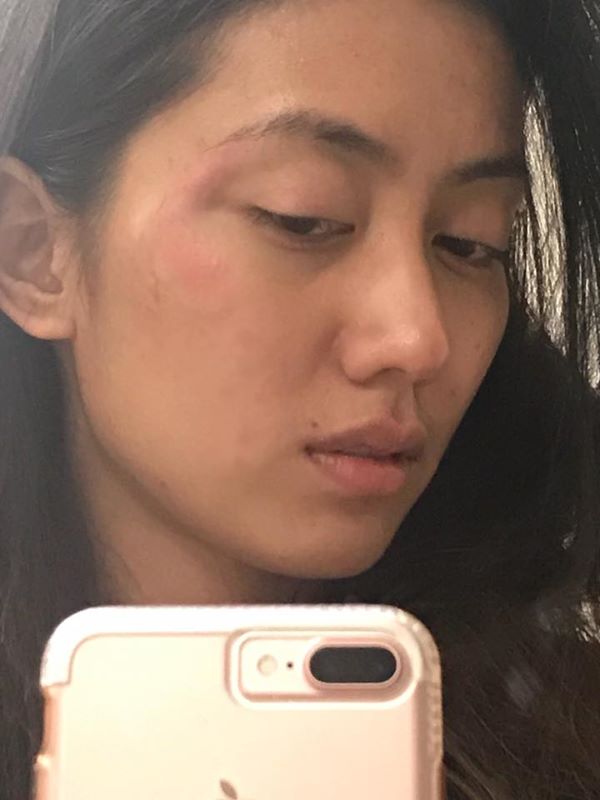 Despite her car being hit by the woman, Ignacio first ignored her and continued eating but the racist woman began yelling at her.

“Why are you yelling at me? I should be the one yelling at you because you hit my car,” she told the woman. Instead of trying to pacify his companion, though, the man also began shouting racing comments at Ignacio.

“He said something about me being Asian. He said, ‘You should go back to China and you’re chinky eyes, and you’re a stupid Asian, you should leave this country,’” she recalled.

When she tried taking a photo of the couple’s license plates, the two got even angrier and began telling her she was yelling at them in front of their child, not thinking that they were the ones who started the trouble.

Seeing that she was filming the incident, the racist woman made menacing gestures and made a grab for her phone. This led to Ignacio sustaining injuries on her face. 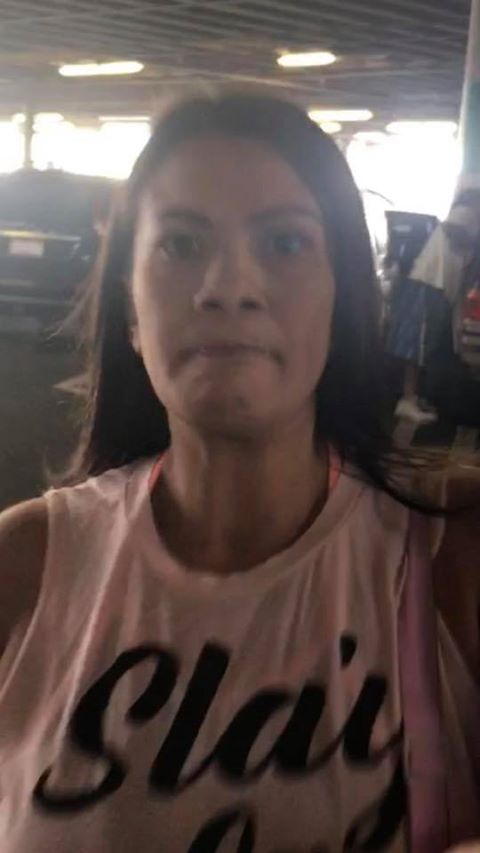 It was a good thing Ignacio caught the whole thing on camera as she had some evidence of the incident. Because the couple refused to let her take a photo of their license plates, Ignacio was forced to post the video she took on social media in hopes that the couple will be identified.

“I love being Filipino; I love being Asian and I share my values, but then when something like this happens it breaks your confidence,” she said in defense.