His job is difficult and rather dangerous, but one dad recently went viral after his daughter gave him fairy wings to keep him safe!

In a post that has gone viral on Facebook, Keith Anderson shared a photo of the unnamed lineman as he stood on a ladder while a harness keeps him connected to the tall electricity pole he was working on. While this could have been any random photo of a lineman doing his job, what really got netizens’ attention are the white fair wings on his back.

According to Anderson, the man’s daughter had just found out what he did for a living. After learning that her father is a lineman, a dangerous job, the young girl decided that she would give him her fairy wings so he could be safe as he works. Sweet, isn’t it?

But what was even sweeter is that the dad actually used the fairy wings while doing his job! Of course, any parent could readily oblige and tell the kid he would wear the fairy wings she gave him for protection, but actually take it off when he gets inside the car or arrives at his job. 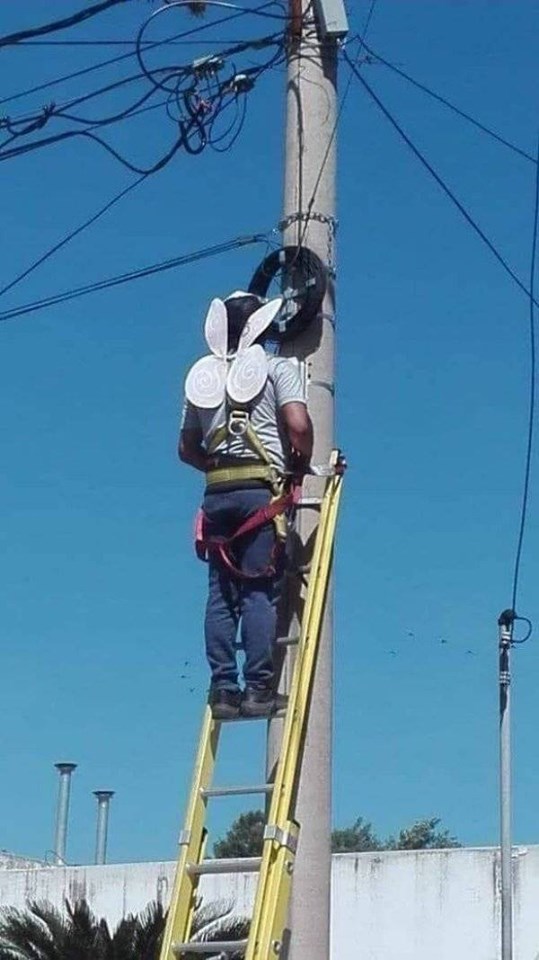 Yet this father made sure that he follows his daughter’s wish for him to wear the fairy wings while working. It might be something that his workmates might laugh about but this dad wants to make sure his daughter will also be happy. That’s truly sweet!

Other netizens pointed out that the girl had no way of knowing her dad wore it the entire day, but the fact that her dad did even if she was not watching simply proves how much he loves her! Ah. Truly adorable…

What are Fairy Wings?

Fairy wings are adorable wings made of wire, gauze or soft cloth, and an elastic band to keep the wings in place. The wings are sometimes considered as butterfly wings or angel wings. The wings are often used as costume for little kids.