There are so many homeless people living in the streets of Metro Manila and other big cities in the Philippines. While some are obviously with their families or a group of friends, many are by themselves.

What’s sad is that many of these homeless people are kids, kids who were abandoned by their parents or those who are orphaned and had no relatives who would willingly take them in. Of course, many of these kids do have relatives but because their relatives aren’t also well off and not willing to take in one more mouth to feed, the kids end up in the streets.

Ian Chioco recently shared a photo of a homeless boy sleeping beside his dog, captioning the photo with a poem he penned for the kid. 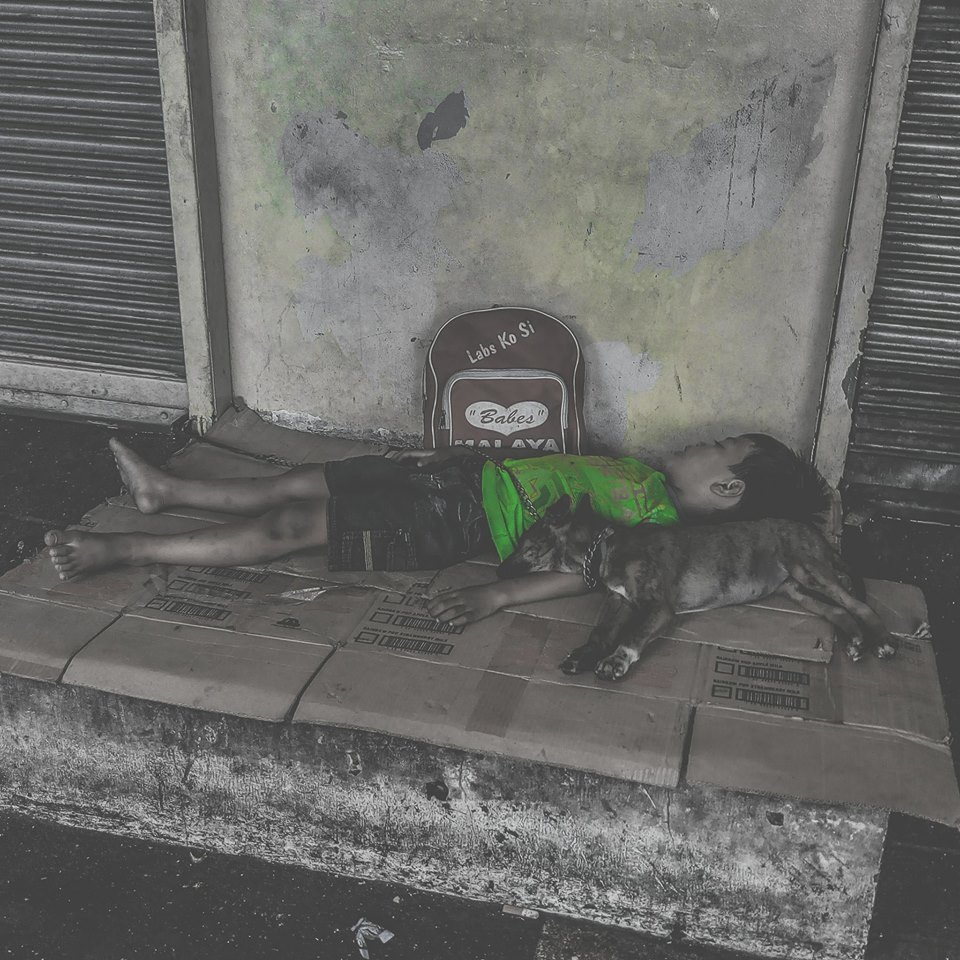 It was a sad photo that greatly shows the plight of many children in Metro Manila but it also touched many people’s hearts, especially because the dog was obviously this boy’s friend and companion. It’s even likely that the dog is the only family he’s got.

While some people slammed Chioco for not helping the kid, many thanked him for sharing the photo because it opened doors for the kid to find help.

Someone even commented on the post that she’s willing to adopt both the kid and the dog, in hopes of giving the two a home. We hope that pushes through because these two really need a home where they can sleep well, eat well, and feel how it is to be loved.