Twitter is abuzz over a photo of COVID-19 frontliner cops who were sleeping on the ground. They were so tired that they were sleeping so soundly despite the uncomfortable position they were on.

Their photo went viral, with netizens urging each other to stay at home and follow the government’s orders so that these cops could finally go back home.

Cops Sleeping on the Ground

Manning the checkpoints and borders to keep people safe from the virus, a lot of policemen and soldiers are no longer able to go back home. This is for the added safety of their families as it is possible that they might have contracted the virus after spending so much time with so many people.

But this is also for practical reasons as the cops might live too far away to constantly go home when they are expected to spend many hours at the checkpoints.

In Arunachal Pradesh, the northeasternmost state of India, two policemen were photographed sleeping on the ground. The pavement was hard and cold, with people easily passing them by, yet these cops were able to make the most of this spot to rest for a while. 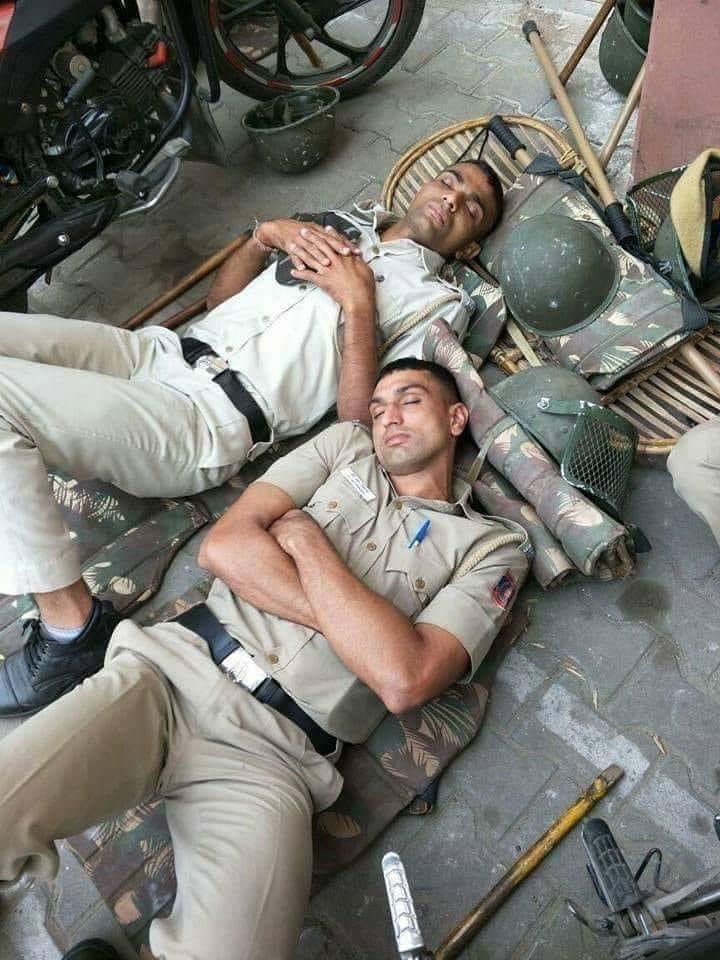 Their photo was shared by no less than Madhur Verma, the Deputy Inspector General of Police, who praised the two for their sacrifice, while also making a subtle hint for netizens to feel thankful that they are sleeping sounding in their comfortable beds at their own homes.

“Isn’t comfortable bed and an eight hour sleep such a luxury? Yes it is… if you are a cop! Proud of these #CoronaWarriors,” Verma shared on Twitter.

Netizens echoed Verma’s pride, commending these cops for their service and sacrifice.

“A big salute to true warriors. Let’s always respect and support them,” one netizen wrote.

What is a Luxury?