Getting married is one of the highlights of a person’s life – and everyone wants the day to go on as smoothly and as perfectly as possible! But you could never really predict what would happen on the day.

In Nabua, Camarines Sur, Maria Cyril Hernandez of Santiago Young in Nabua was set to be married to Mark John Martinez of Iriga City on Christmas but strong winds and heavy rains from Typhoon Nina (international name: Nock-Ten) not only brought floods but had also knocked out power and communication lines.

Maria was unsure whether the wedding would push through – and communicating with her sweetheart to discuss final wedding plans proved to be a challenge because of the downed telephone lines but the couple soon decided to continue with their plans. 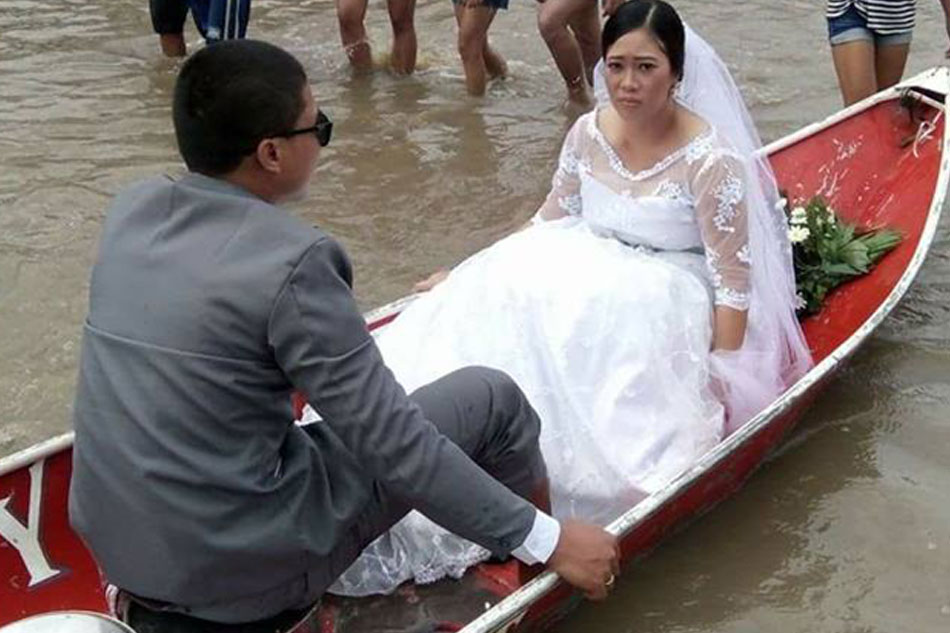 Five months pregnant, Maria received much-needed help from her neighbors to reach the church for their wedding but her groom was quite late. It took him three hours to travel to the church as he had to navigate broken poles and fallen trees on his motorcycle.

Relieved that her groom had finally arrived, Maria cried when the wedding started; though she would later faint due to exhaustion.

A number of their wedding guests did not arrive. Even the photographer wasn’t able to make it but the two decided that they would not anything stop them from getting married; so they relied on the cellphones of their family members and wedding guests for the wedding photos. 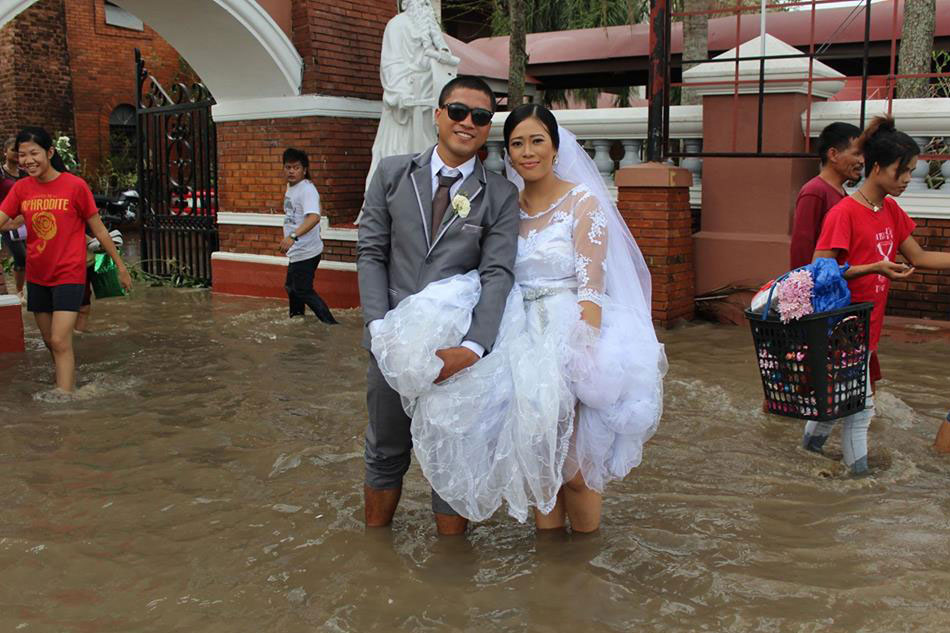 After the wedding, the couple rode on a small banca instead of a wedding car.

But while the wedding didn’t go as planned, Maria and Mark were still happy that they were finally married.

What is a Banca?

A banca is a small boat which is often operated using paddles; though it is possible to place an engine so the boat will run faster.