Do you let your kids use cellphones? You might want to put limits to the time you let them use phones – and warn them to never use phones that are connected to the socket because such could be dangerous!

A 12-year-old boy named Meng Jisu recently lost a finger, the vision on his right eye, and a rib after his cellphone exploded in his hand. The incident happened in Du’an Yao Autonomous County, Hechi, Guangxi Province. 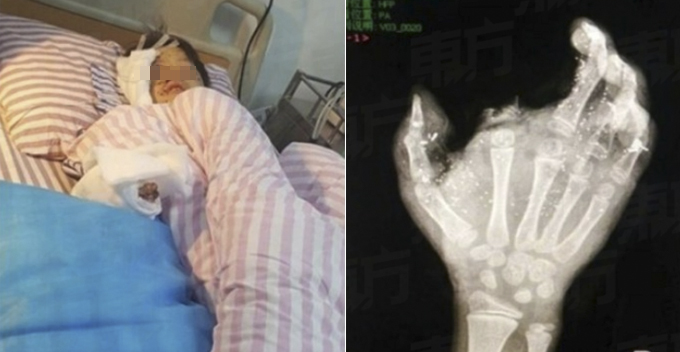 The phone was a model made in China, a Hua Tang VT-V59. According to Jisu’s mother, the mobile phone was around 2 years old was handed down to the boy by a relative who had gotten himself a new phone.

It was Jisu’s dad who had charged the phone in the room but when the boy retrieved it, the gadget exploded right in his hand. His sister ran to his room after hearing a loud bang and was shocked to see the boy covered in blood. 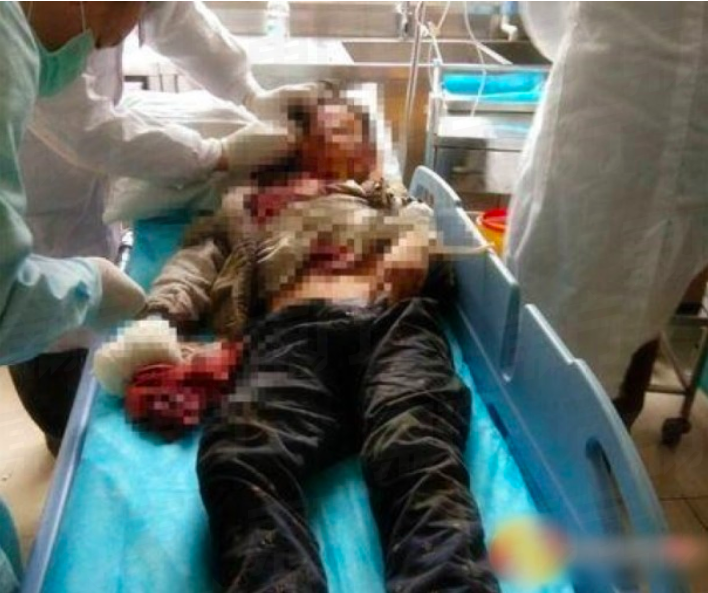 Jisu had lost consciousness right after the phone exploded. His terrified parents rushed him to the hospital; although they did not bring along the shredded remains of his index finger.

The chief physician at the local People’s Hospital, Lan Tianbing, confirmed that it was not possible to reattach the severed finger even if Jisu’s parents brought it because the boy’s hand was so severely damaged. 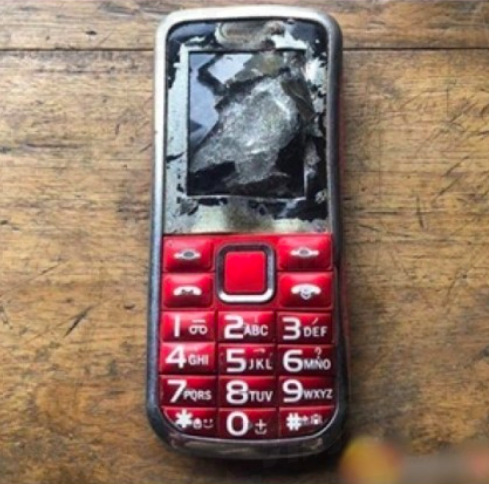 Circulation was cut off to his remaining fingers, putting him in danger of also losing the rest of them. So, doctors concentrated on saving the fingers while another team handled his broken rib.

Shards of glass were also retrieved from his right eye which was so badly damaged that he has lost his vision on that eye. It took doctors 5 hours to remove shards from his hand and face.

Thankfully, doctors said he would eventually regain 98% function of his hand in the future but it is likely that his right eye will remain blind.