BENGUET, Philippines– Over 30 cherry blossoms and other kinds of trees from Japan were planted by officials of Atok, Benguet, Kochi prefecture in Japan, and Japanese embassy on Monday, June 6 at a park in Atok, Benguet.

The first-ever cherry blossom park, situated on a mountaintop park 2,000 meters above sea level, was built in celebration of the 40th anniversary of sisterhood ties between Kochi prefecture and the province of Benguet. 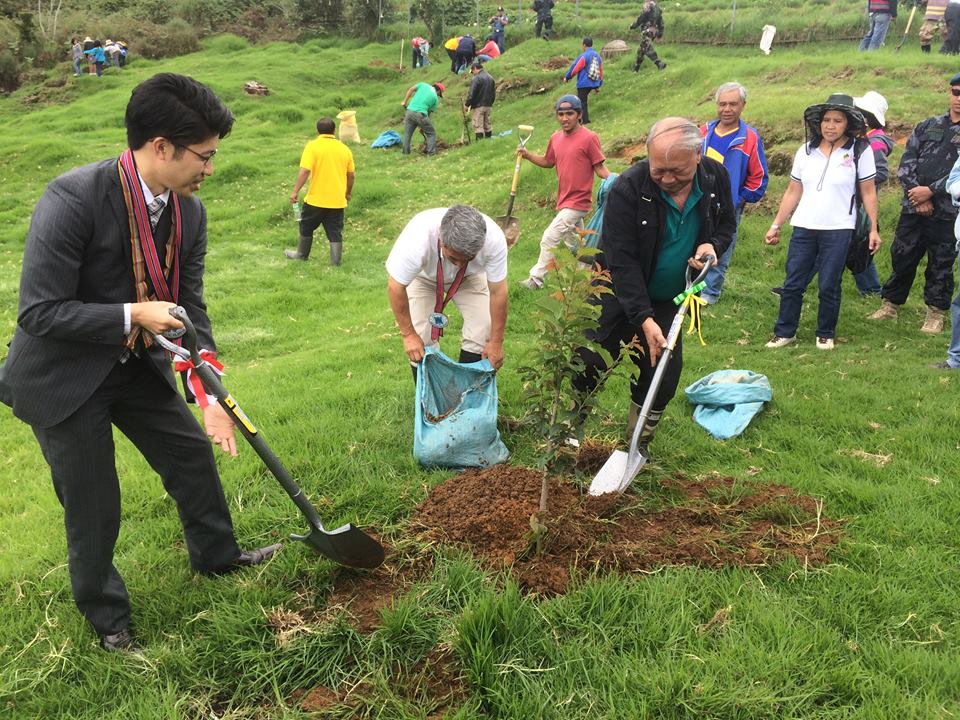 A report by ABS- CBN News revealed that the seedlings donated by Kochi Prefecture symbolizes the growing bond between the Philippine province and the Japanese prefecture. Moreover, the planting of seedlings also aims to honor the fallen Filipino and Japanese soldiers during World War II.

Although 100 seedlings of cherry blossoms were initially propagated in November 2015, most of them didn’t thrive as the timing of planting was inappropriate, according to Kiyuharu Yamamoto, a Japanese botanist.

Now, they decided to plant it at the beginning of the rainy season hoping it will bloom after three years.

With Atok just about a three-hour drive from Baguio City, tourists are expected to flock the park open to campers. Department of Tourism (DOT)-Cordillera director Marie Venus Tan believes that the cherry blossoms will promote tourism in the area as well as create awareness among community members who put down trees to make space for vegetable farms.

The DOT and the Department of Environment and Natural Resources (DENR) are committed to support the project in the hopes that the park will transform into a tourist spot once trees grow and bear flowers.

A popular attraction Japan, cherry blossoms are deemed as one of the most beautiful flowers in the world and bloom every spring time in Japan. According to a report by Japan National Tourism Organization, more than 2 million tourists visited Japan in March 2016. Of these visitors, 37,500 were Filipinos.