Polo, a 6-year-old dog, has been hailed a hero for shielding his owner’s 8-month-old baby even if he could have easily run down the stairs and out of the house to save himself when the fire started.

Erika Poremski told reporters that she had just gone out of the house to get something from her car when she discovered the house in flames. With her daughter Viviana upstairs, Erika tried to get inside and save the baby but the flames were too strong and the door curling started falling.

Even if it seemed impossible for her to get inside, Erika tried her best so she could save her daughter. Her hands and face were injured in the process, with the skin on her palms burned from holding on to the burning railings but Erika knew she had to try. 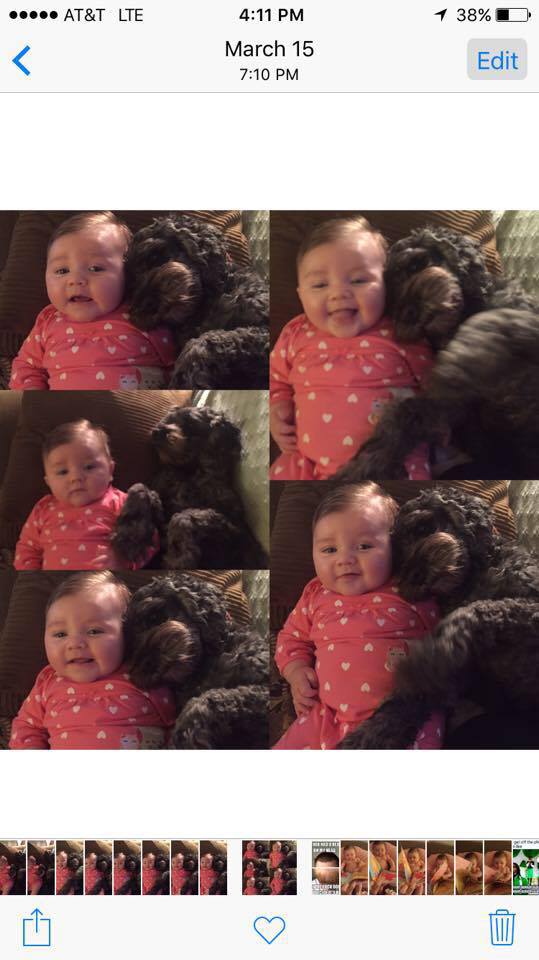 Thankfully, the firefighters arrived quickly and were able to get to the second floor. By then, Polo was dead and Viviana was unconscious – but the firefighters were amazed to see that the child had survived with only some burns in the arms and side because the dog had shielded her tiny body.

They were able to revive Viviana on the scene but she and Erika were brought to the hospital to have their wounds treated. There was no doubt in everyone’s minds that Viviana owes her life to the dog. Had Polo not been there, she would have been burned alive.

Erika would later reveal that Polo had been acting strange prior to the incident and she had even called a friend to share the dog’s strange behavior and how she planned to bring him to the vet. She believed the dog had sensed something would happen that day.