Home
Lifestyle
Relationship
People Get More Attracted to Their Partners after Playing with Magnets, Scientists Discover

As strange as it may sound, playing with magnets can actually help a person be more attracted to their partners based on the results of a new study carried out by researchers from the Texas A&M University.

In the study, the researchers asked 120 students aged 18 to 22 who recently came out of a relationship or currently in one to answer questionnaires regarding their feelings towards their partners. Before answering the questionnaires, the participants were given magnetically attracting, magnetically repelling and neutral blocks to play. 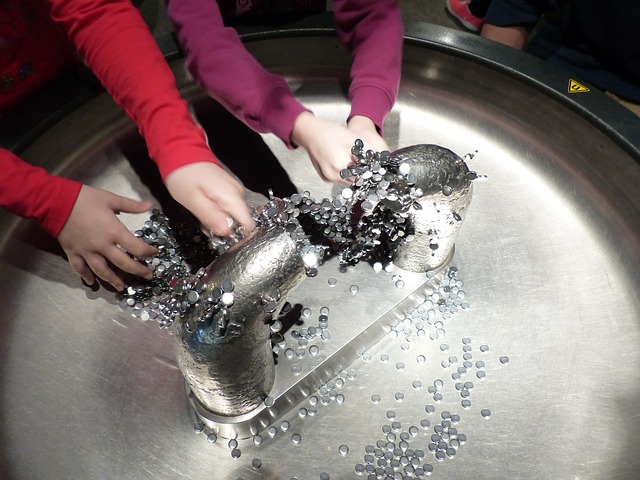 Their findings showed that participants who played with magnetically attracting blocks had higher level of satisfaction, commitment as well as attraction to their partners. Meanwhile, the results for the non-magnetic and the repel condition didn’t seem to differ from one another.

To prevent false results, the researchers repeated their experiment. This time, they removed the neutral blocks.

The same results were produced in the repeat experiment. However, it was discovered that the level of attraction was higher when the neutral blocks were removed. On the other hand, satisfaction and commitment were found to be lower than in the first experiment. Scientists believe this was caused by a lot of break-ups, forcing participants to recall past relationships.

Study co-author Andrew Christy Told LIVE SCIENCE: “These studies reiterate the basic point of conceptual metaphor theory, that these metaphors that we use in language aren’t just figures of speech or ways of talking about things.”

“They actually are reflective of how we think about things, too,” he added.

Scientists attribute the results of the study to social priming effects, which influences people to behave differently when asked to think about particular things. In this case, scientists think magnets make the feeling of attraction stronger in the brain, causing people to feel closer to their partners.

A team of researchers from King’s College London has found that magnets could help women overcome anorexia and regain control of their lives.

The treatment involves placing a magnetic coil on the scalp to stimulate the brain’s electrical circuits to re-wire its parts. The researchers’ findings showed that after the treatment, anorexia sufferers felt the less need to restrict their food intake. They also felt less fat and were able to overcome their desire to starve themselves.