Suffering from disability is hard not only for the person with a disability but also to the people around him. You probably already know the circumstance behind how they got the disability. It can be from birth, an injury, an accident or something else.

If it is considered a suffering from other people, you might be surprised to find out that some people become disabled by choice. The worse case it, it is also becoming a trend and people are now calling it as transabled.

Trapped in the Wrong Body

Transabled people, as they claim it, is a similar case to transgender people: they are trapped in the wrong body. Both experience lifelong struggles with self-identity and believe that they need to fix the “mistake” in their body. What’s different between transgender and transabled people is that transabled people feel that their body is supposed to have some kind of physical ailment or disability.

Some transabled people damage their vision to the point of becoming intentionally blind. There are others who find surgeons who would agree to amputate their healthy limbs. Since reputable and ethical surgeons would not severe a healthy limb, some people will pay for illegal surgeries which often takes place outside the country. These surgeries are not only risky; they are extremely expensive too. 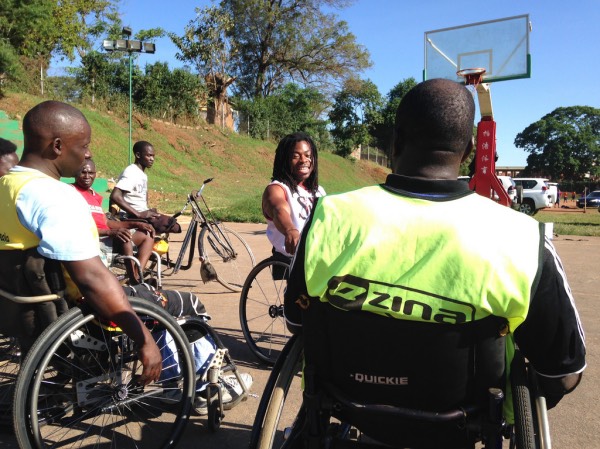 Life is often hard for a person with a disability. [Image Credit:DFID – UK / flickr]

More to the Story

Some people consider this insulting to those who are born with disabilities or become disabled due to accident and illnesses. Becoming disabled may not make sense to most of us. However, this is a rather much serious case: transabled people have possible Body Integrity Identity Disorder, a neurological disorder that causes a person to constantly struggle with some aspect of his or her body.

Most transabled people injure themselves in an effort to cause further damages to their body. There’s a recorded case of a male patient letting an open sore on his foot to become gangrenous hoping that his foot would be amputated. There is also another instance of a woman trying to paralyze herself by throwing herself off the bike, hoping to result in a spinal cord injury.

People with BIID or wished to become transabled are encouraged to seek psychiatric help. They undergo an extreme form of therapy like treating your legs as if they are completely immobilized or restricting yourself to a wheelchair as they help to alleviate the urge to self-harm like what many people with BIID do.