Home
Lifestyle
Relationship
Penguin Falls in Love with Cardboard Cutout, Dies with Anime GF by His Side

Back in April, show producers of the anime series Kemono Girls placed a cardboard cutout of a girl named Hululu inside a penguin enclosure for an ad campaign but this gained more attention than what they had intended.

One of the penguins in the enclosure appeared to have fallen in love with the cardboard cutout of Hululu. The male penguin named Grape-kun would spend the entire day just staring at Hululu and wouldn’t even eat, prompting zoo staff to remove the cutout so he would eat. 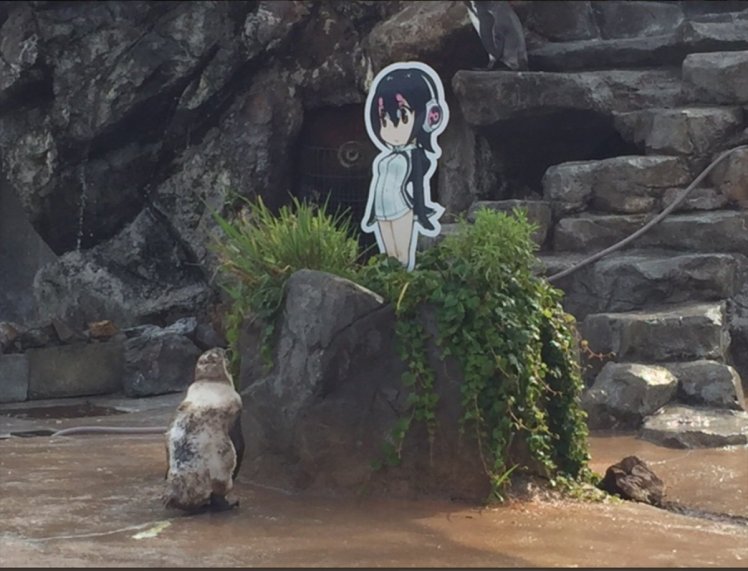 Seeing that the penguin appeared broken-hearted, the staff had to return the cutout – and Grape-kun was visibly happy once his ‘girlfriend’ was back.

According to the zoo staff, it appears that Grape-kun preferred the cardboard cutout because his ex-girlfriend Midori, a real penguin he had a relationship with for 10 years, had left him for a younger guy! Ouch. 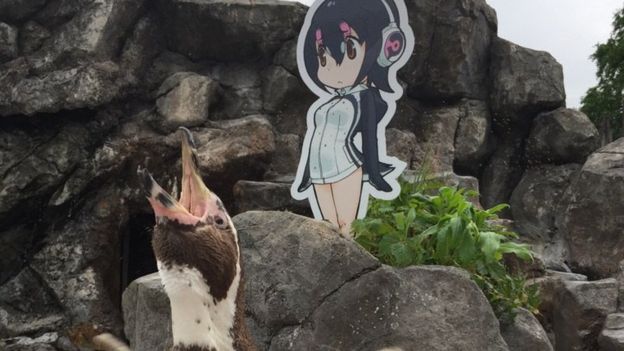 Did you know that penguins mate for life? The heartbreak with Midori was still fresh in Grape-kun’s mind but now that he’s found the ‘perfect’ girlfriend, he’s not ready to let her go. So, he would always show her his affection, spending hours with arms outstretched and beak pointed upwards as he faced her cutout on that rock in the enclosure.

Grape-kun was glad his new girlfriend didn’t cheat on him; though he was puzzled that she would be gone from time to time (because the zoo staff would take her out so he would eat). 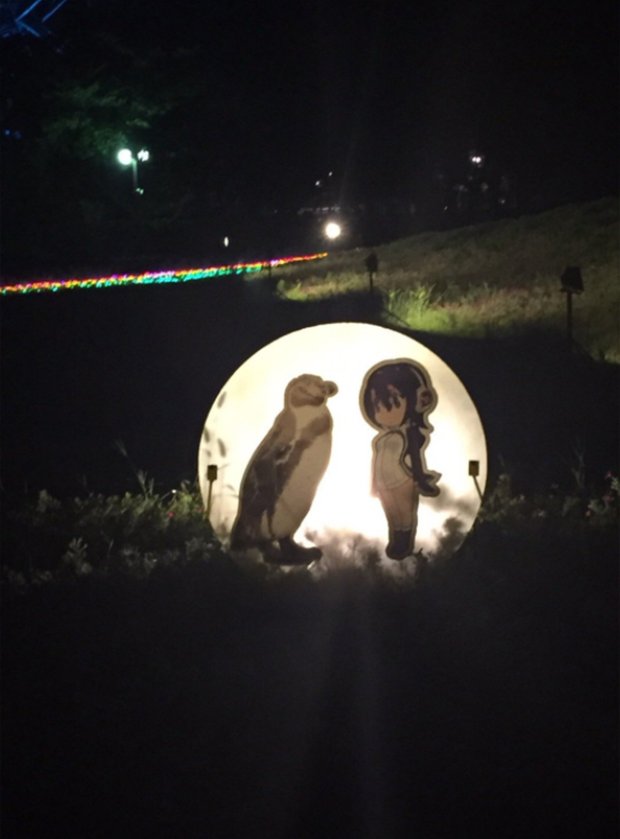 But while he finally found the girl who wouldn’t cheat on him, old age caught up with Grape-kun. The lovestruck penguin passed away at the age of 21 (about 80 ‘human years’) with his girlfriend by his side.

We aren’t sure how Hululi is coping with the loss but the internet was abuzz over the ‘sweet’ love story, bidding goodbye to the penguin that fell in love with an anime cardboard cutout…