Have you ever wondered why there’s a hole in your pen cap? Some people say that it’s to prevent the ink from drying out, others say it’s because of the air pressure. But there’s more to it than just what most people think, it’s actually life-saving!

BIC, one of the world’s leading pen and lighter manufacturers, revealed the real reason why they designed their pen caps to have a hole in them. Aside from help prevent the pen from leaking, the hole in pen cap helps to minimize the risk of children accidentally inhaling pen caps. The hole prevents choking and allow a passageway of air, just in case a child accidentally swallows one of these pen caps.

In addition to help prevent the pen from leaking, all our BIC® caps comply with international safety standards that attempt to minimize the risk of children accidentally inhaling pen caps. Some of these vented caps, like that used for the BIC® Cristal®, has a little hole in the top to comply with the existing safety standards. 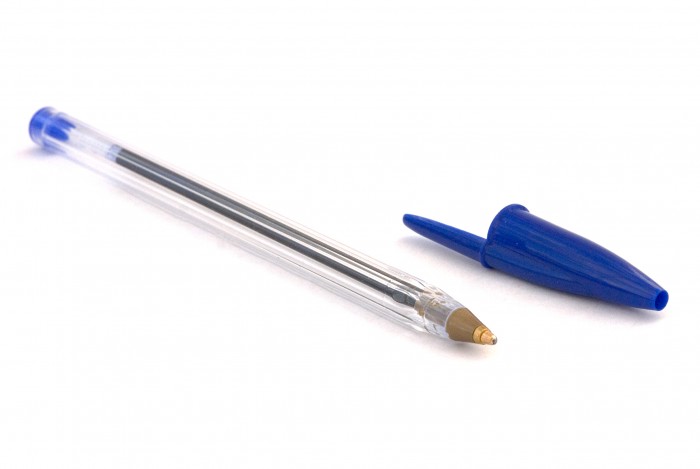 Life saving design: the hole in Bic Cristal pen caps were created to prevent choking among children who like to put these pen caps in their mouths.
Photo Credit: By Trounce (Own work) [GFDL or CC BY 3.0], via Wikimedia Commons

Fact is, these pen caps cause 100 deaths every year due to choking. Before pen caps had holes in them, there were even more deaths. The pen cap hole design has been effective in preventing choking accidents that other pen companies also started putting holes in their pen caps.

Choking happens when a foreign object gets stuck in the throat or windpipe, blocking the flow of air. Adults usually choke because of food, and young children choke because they swallowed a small object.

When choking occurs, the Red Cross recommends the “five and five” approach as first aid: that’s five back blows, and five abdominal thrusts done alternately until the choking hazard has been dislodged. First, give five back blows between the person’s shoulder blades with the heel of your hand. Next, give five abdominal thrusts (also known as the Heimlich maneuver). Alternate between 5 blows and 5 thrusts until the blockage is dislodged.