It truly is difficult to earn money these days, especially the honest way – and you just can’t expect to receive freebies. Life is difficult but we must all do what we can to survive.

Yet there’s this old man in Lagao, General Santos City who went viral for celebrating his birthday in a rather unique way. Instead of asking for gifts, he was the one who gave his passengers free rides for the day! 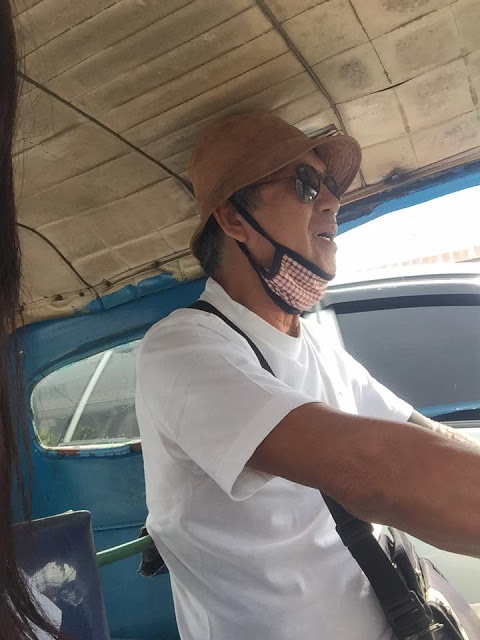 Considering that tricycle drivers are certainly not rich, this was already a sacrifice on Tatay Danny’s part but he was happy with it. It’s not every day that you get to celebrate your birthday, your 65th one at that – and it is certainly great to feel good about the day by doing a good deed for others.

Tatay Danny’s unique birthday treat went viral after it was shared on social media by a passenger who goes by the handle Heart Sangalan on Facebook.

According to Heart, she was riding the tricycle after school with another passenger; they were both heading to Lagao. When they arrived at their destination, Heart handed the driver Php30 which was the usual fare but the old man smiled and told her to read the note posted in front of his tricycle. 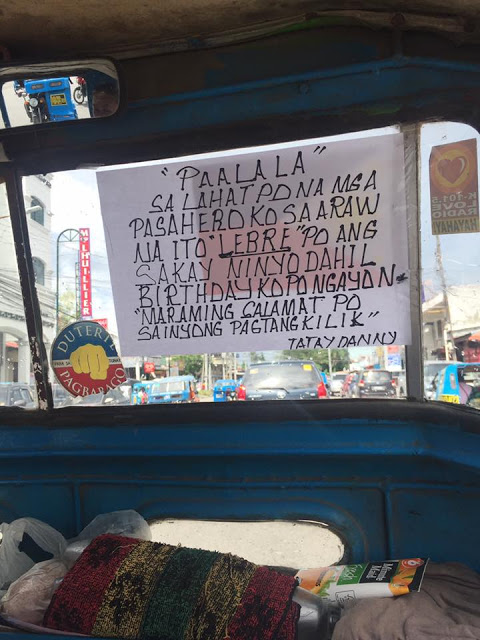 Heart and the other passenger were rather pleasantly shocked after reading the note which informed them that Tatay Danny is not collecting fares for the day because it was his birthday! He told them that he just turned 65.

Giving free rides to his passengers was Tatay Danny’s way of giving back – and it certainly was a wonderful one! We sure hope that he gets back the ‘lost’ fares for the day in a hundred-fold, because her certainly deserves to receive a lot of blessings for his kindness.