Home
Lifestyle
Travel
Passenger Calls Out Airline for ‘Backless’ Seat, Gets Told to Take Down Photo

Everyone knows how important it is for passengers to remain in their seats during the flight, particularly when the “Fasten Seatbelts” sign is on. This happens during take-off and landing, plus during times when the flight experiences turbulence.

If you don’t follow instructions, there’s always the risk of you getting thrown off your seat from the plane’s movement. Of course, the seats make sure that you are safe – but can you imagine sitting on a ‘backless’ seat during a flight? Sounds crazy!

But a passenger recently shared a photo of another passenger sitting on a ‘backless’ seat, but the airline responded by asking him to take it down.

Matthew Harris called out Easy Jet after seeing a woman sitting in a ‘backless’ seat on Flight 2021 from Luton, England to Geneva, Switzerland.

In a post on Twitter, Harris shared a photo of the woman in her ‘backless’ seat, tagging the airline and asking for explanation for the situation.

“#easyjet beats @Ryanair to have backless seats. @IATA @EASA this is flight 2021 Luton to Geneva. How can this be allowed. @GeneveAeroport @easyJet_press @easyJet,” Harris tweeted. 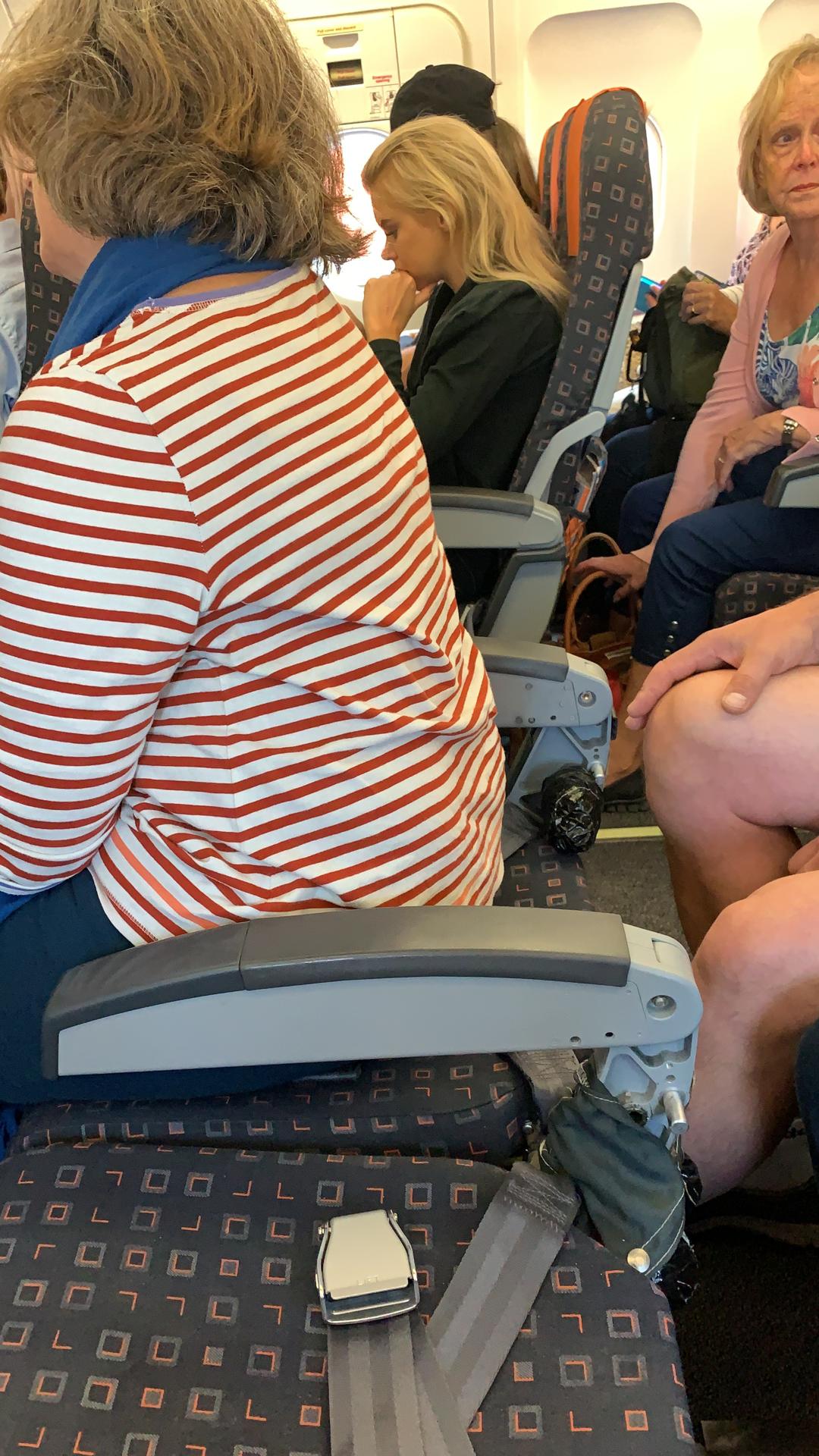 He was rather taken aback by the airline’s response, with someone named Ross telling him to take down the photo and DM them about the situation. This angered Harris who demanded for an explanation.

“Hi Matthew, thanks for bringing this to our attention, before we can investigate this could I ask you to remove the photograph & then DM us more info regarding this, so we can best assist you. Ross,” the Easy Jet representative replied, adding the link to the airline’s DM: https://t.co/Qq2zhBAizh.

An angry Harris refused to take down the post, replying, “Absolutely not. This is a real photo of a plane currently descending to Geneva.”

The airline’s response did not also sit well with other netizens who slammed the airline for the indifferent response.

“Did you seriously just ask a paying customer with evidence of a legitimate health and safety concern to get rid of the evidence??” Cale Baird commented.

According to a spokesperson from the airline, however, the woman was moved to another seat with a back before the plane took off.

“No passengers were permitted to sit in these seats as they were inoperative awaiting repair,” Easy Jet said in a statement.

“Safety is our highest priority and easyJet operates its fleet of aircraft in strict compliance with all safety guidelines.”