The police came unexpectedly at dawn to raid the household of the Parojinog, leading to the death of Ozamiz City Mayor Reynaldo Parojinog and several others but while several videos of the raid were leaked to the media, one particularly caught the attention of netizens after it showed his daughter Ozamiz City Vice Mayor Nova Princess Parojinog-Echavez attempting to hide a pack possibly containing shabu.

In the clip, a woman who was later identified as the Vice Mayor Parojinog-Echavez could be seen frantically searching inside her bag and quickly pulling out something, hiding it inside her clenched fist. 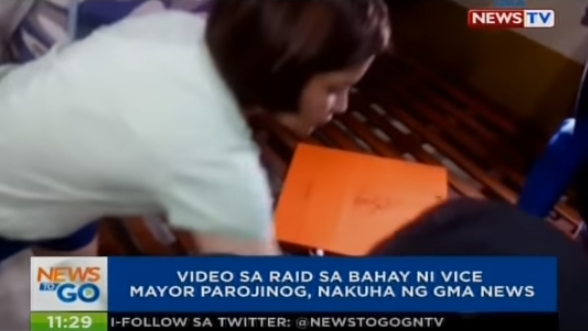 Two female officers tried their best to get the stuff from her hand but she held it so tightly that it took them a long time to open the fist. The video also shows the vice mayor seemingly putting something inside her mouth; although it happened so quickly that it was hard to tell whether she was really able to get that thing in and swallow it.

When the officers were finally able to open the vice mayor’s fist, a small pack containing something white was revealed. It looked like shabu.

The cellphone video would soon go viral, with people making jokes about it and claiming that the vice mayor they half-expected her to shout “Darna” after swallowing the “bato” (stone). 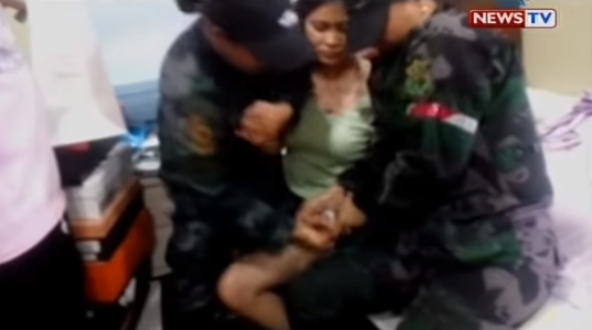 Aside from the pack taken from Parojinog-Echavez, the cops also recovered more than 1kg of suspected shabu from the house; however, the vice mayor staunchly denies everything, saying the cops had ‘planted’ the shabu inside their residence to pin them down. Perhaps she had no idea she was caught on video while trying to hide a pack?

Watch this clip by GMA News:

Darna is a fictional female superhero in the Philippines who is usually just an ordinary girl but turns into a superhero after swallowing a stone that holds her powers.