A young student suffering from a genetic disorder that weakens muscles called Duchenne Muscular Dystrophy (DMD) has been paralyzed since he was a child yet this did not hinder him from going to school and fulfilling his dreams. 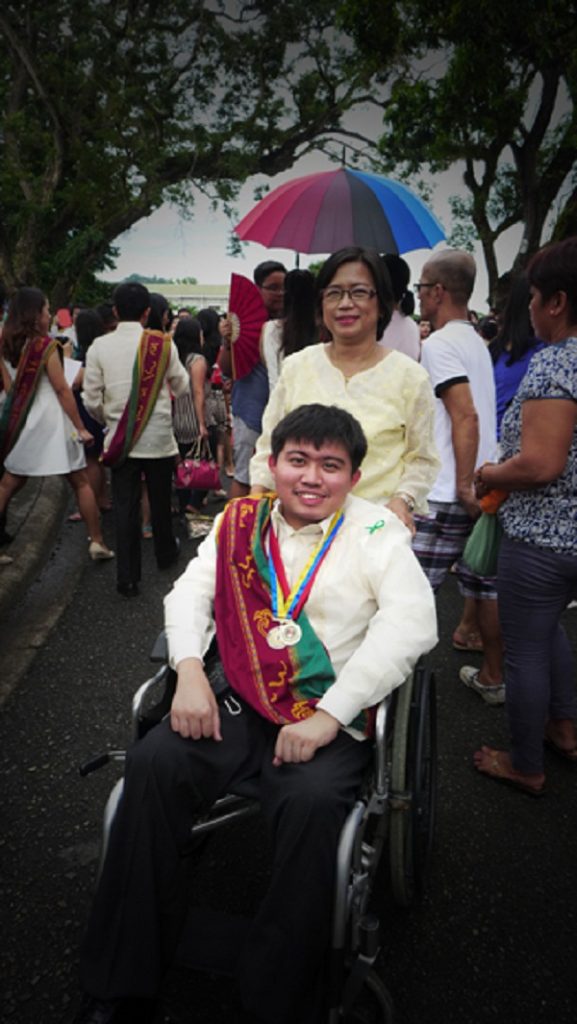 His mother, Marietta Castueras, had stopped working as marketing executive so she could personally take care of him and wheel him to school as his arms were too weak to propel his wheelchair. She would sometimes request a helper to help her move Carl to the upper floors of the school but other students also pitched in to help them.

Their hard work paid off.

Wheeled by his mother on graduation day, this young man took to the stage with great pride and joy. Who would have thought that he would graduate with flying colors when he was sick since he was a child? He is truly the perfect example of triumphing and overcoming obstacles. 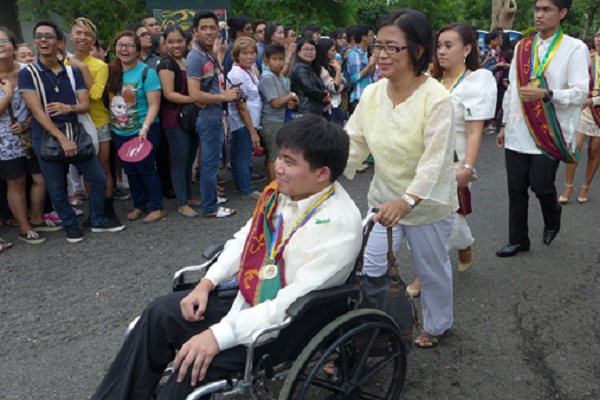 But Carl’s dreams do not stop with graduation. He plans to work afterwards. He said he can write but could not lift his arms due to his condition yet he was able to overcome this difficult circumstance to graduate – we’re positive he is going to work just as hard in his job as he had been while he was in school.

What is Duchenne Muscular Dystrophy?

Duchenne Muscular Dystrophy (DMD) is a rare disease caused by the absence of the protein responsible for keeping muscles together. This protein is called dystrophin.

Right now, there is still no known cure for DMD but physical therapy can help the patient manage the condition. DMD often affects boys but could sometimes affect girls but very rarely. Most of those diagnosed with DMD showed early onset of symptoms at as early as 2 years old but could even manifest in infancy.

The condition often manifests as weakness of the legs and pelvis which often leads to muscle loss. This then spreads towards the upper body, affecting the arms and hands. For this reason, patients with DMD often lose the ability to walk, with most patients becoming wheelchair-dependent by age 12.

Prognosis is not good as the average life expectancy for DMD patients is 25 years old.