Death is inevitable, we all know that; however, it hits you harder when the death of a loved one happens at a time of great rejoicing. For how could you really celebrate that beautiful, fun moment when you are also grieving?

That’s what happened to a young athlete whose mother died while he was winning medals during the Palarong Pambansa in Vigan, Ilocos Sur.

According to the post, the young boy had just arrived home from the Palarong Pambansa. And while everyone else was celebrating the medals they won, this young boy offered the ones he won on his mom’s coffin.

It turned out that Ronie’s mother died while he was still in Vigan. In a reply to a friend’s question on his Twitter post, user Alex revealed that his aunt had died due to Stage 4 lung cancer. While her cause of death meant Ronie and the rest of the family knew that she might die anytime soon, we’re sure they didn’t also expect it would happen really soon and that Ronie would be away at the time, winning the medals.

While his mother was not able to see the medals he won, Ronie made sure to display them on her coffin in her honor and to make her ‘see’ these medals before she is buried. 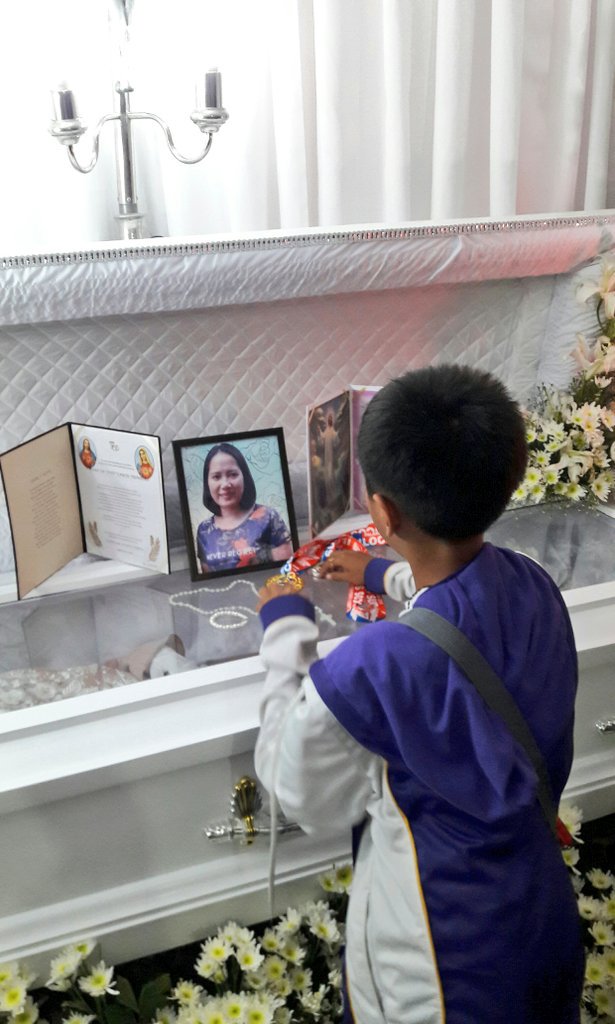 The heartbreaking story has touched hearts across the country, with the Twitter post garnering close to 30,000 likes and more than 3,350 retweets. Many offered condolences to the bereaved family, especially to this young boy.

We’re hoping that the experience won’t bring him down and make him quit dance sport. We bet his mom would have been very proud of his achievements…