When you see a car or any vehicle careening towards you, clearly about to crash somewhere in your direction, your first reaction would surely be to run away! Of course, since you don’t really have an idea where exactly that runaway car is heading at high speed, you’d better be praying that it would not be anywhere where you were also running to – or you will surely be crushed!

In a video that has since gone viral on YouTube, a guy was just lounging inside a Mini Cooper parked at the road shoulder in a quiet street. He definitely had no idea that he would figure in a near-accident that would nearly cost him his life. At the time, he was just hanging out on that quiet street, with the door of his car open. 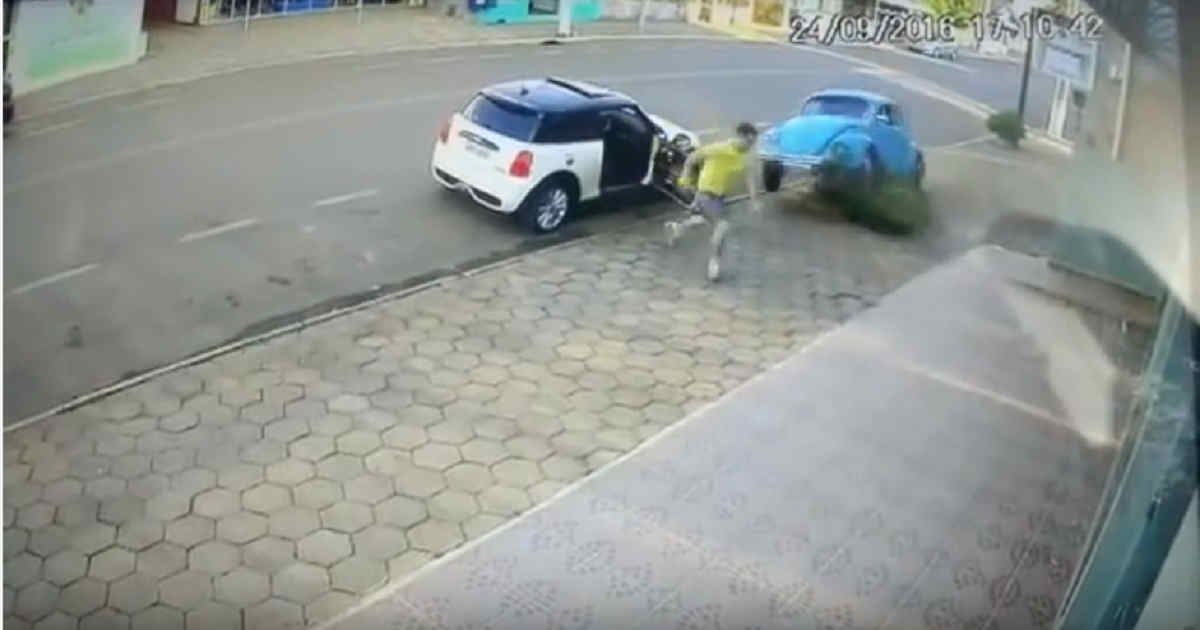 Thankfully, he wasn’t hit by the car full on but the last-second dive he did to save himself seems to have injured his foot as he walked limping away from the crashed Beetle.

CCTV footage of the incident would later go viral on social media. It was captioned, “Alguns vão dizer que é sorte, outros vão dizer que é loucura, mas a maioria vai falar que sou parente do Usain Bolt.. Foi por pouco mas me salvei… (Some will say it’s luck, others will say it’s crazy, but most will tell you that I am a relative of Usain Bolt… It was little but I survived… [via Google translate])”