Recently, he was sent to compete at the 2015 Australian Mathematics Competition (AMC) where he had to battle it out with 300,000 participants from 40 countries across the world. The good news here is that not only did he do well but he was among the 42 students who got perfect scores during the contest. 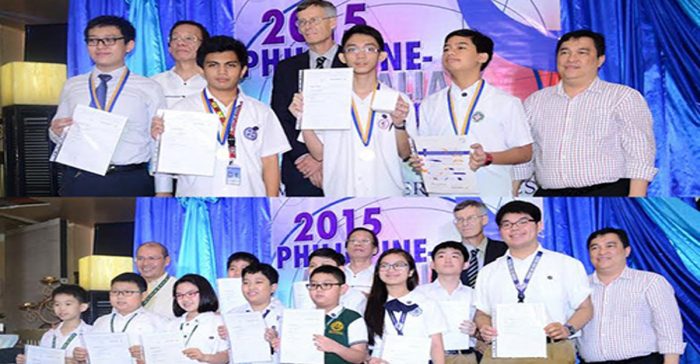 Along with Gonzales, 97 other Filipino contestants likewise won awards in the AMC.

In his remarks, Dr. Chua said the contest results simply proved that“Filipino students continue to demonstrate remarkable competencies in the field of mathematics.”

Kudos to Gonzales and all the other students for a job well done!

The Philippines has quite a long list of excellent mathematicians.

Raymundo Favila, for example, has been elected by the National Academy of Science and Technology as an Academician. He has been recognized for his contributions in the advancement of mathematics education in the country. He has likewise authored algebra and trigonometry books for school use.

On the other hand, Jose A. Marasigan has assisted in introducing the Philippine Mathematical Olympiad and eventually the creation of the Program for Excellence in Mathematics. He also configured a program for Ateneo de Manila in support of mathematically-gifted high school students.