One woman who lost her arm to an accident has kept her humor and began to make fun of herself to cope with the situation – and this has led to her going viral after she posted a rather catchy and hilarious bio on dating app Tinder.

According to BuzzFeed News, 21-year-old Lauren lost her arm to a moped accident.

“I was going pretty fast on a moped and lost control of it, and I hit the median in the road. I flew off and hit a sign and it sliced my arm off. I stayed conscious the whole time,” Lauren revealed. 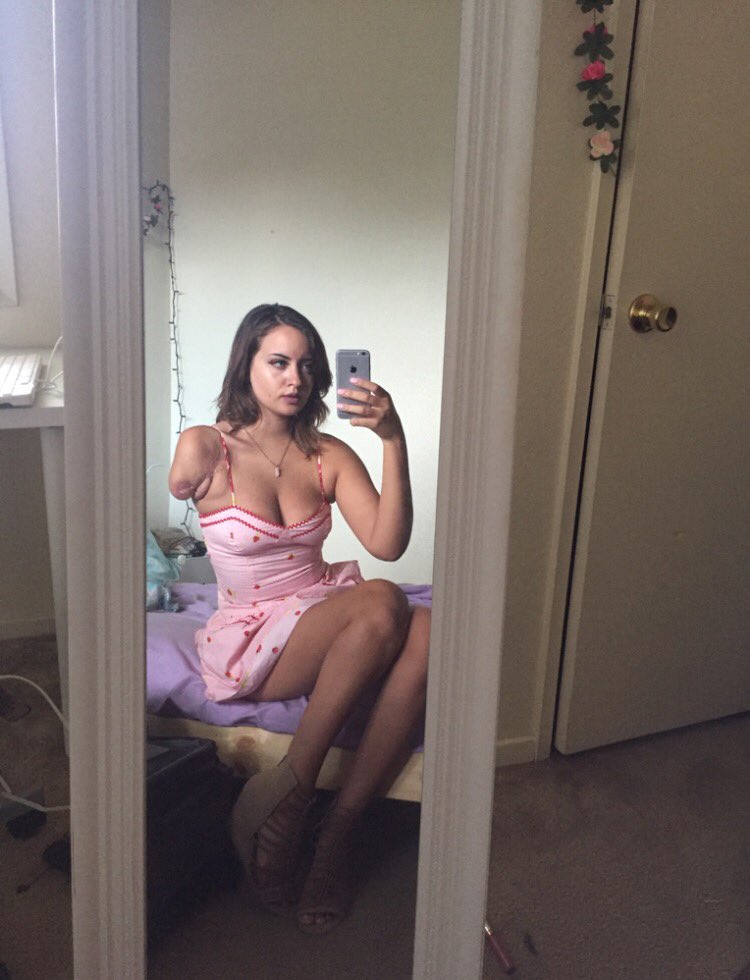 Life was certainly hard after she lost her arm but the young lady tried to cope as best as she could not just by accepting the situation but by making jokes out of it.

“For a while, I wasn’t okay with the jokes. But then I started telling the jokes, and it’s kind of helped,” she revealed.

She would begin posting hilarious jokes, often coupled with matching photos of her one-armed self. Soon enough, strangers began to message her, telling her that she has become their inspiration to deal with their own injuries. 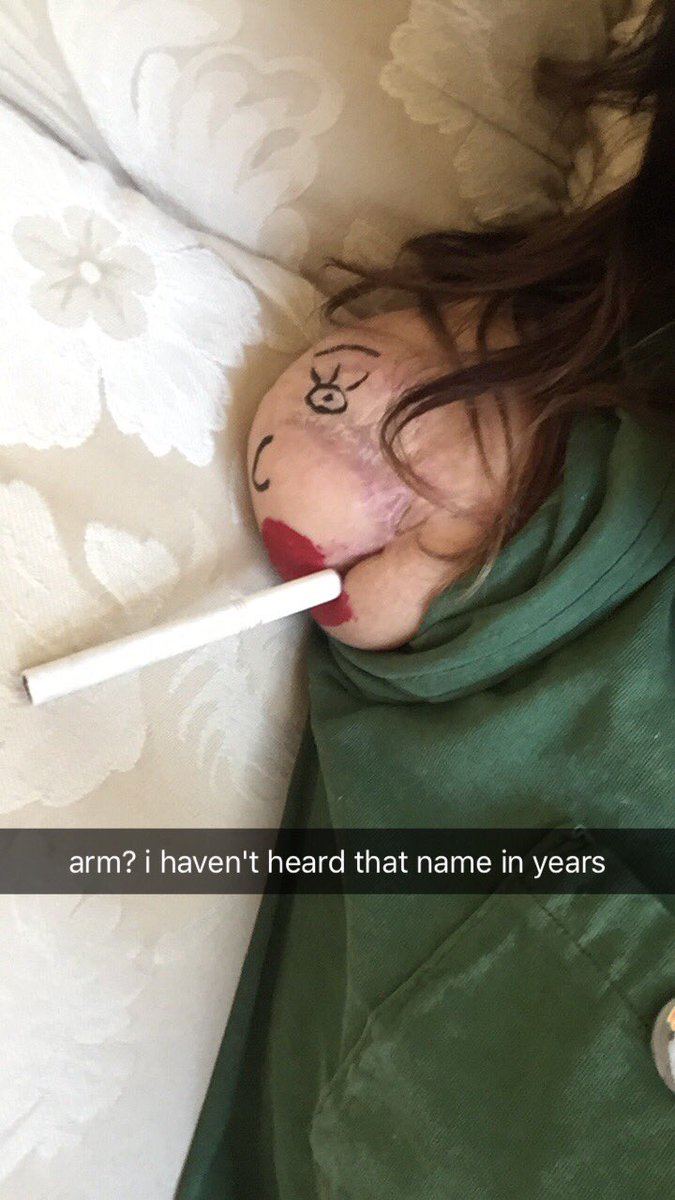 Last week, she got a little drunk and posted a bio on Tinder. Though she couldn’t exactly recall doing it as she was drunk, the young lady admitted that it was most likely she who did it. 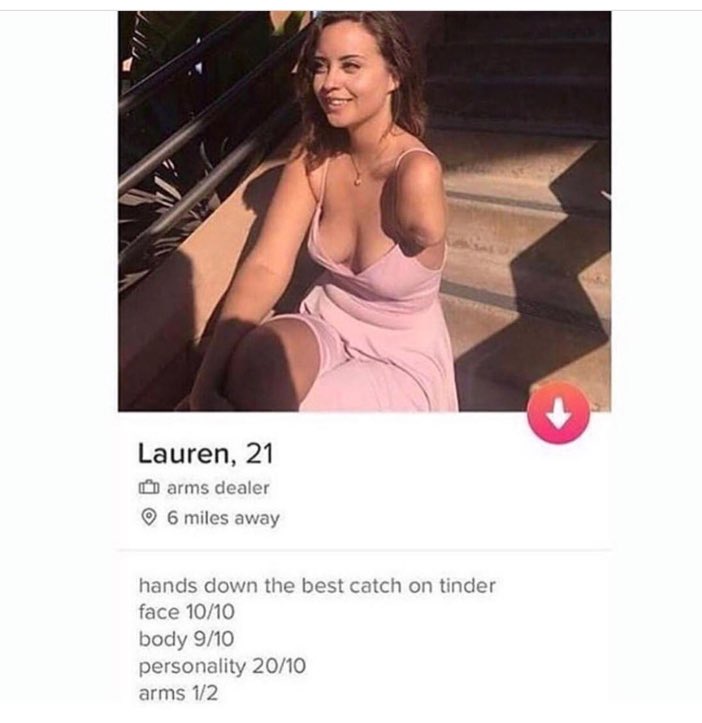 The cheeky bio got netizens laughing but they also adored her courage and loved her humor! After all, a lot of people feel uncomfortable and somewhat ashamed or embarrassed about their injuries and disabilities yet here comes one sassy lady who can easily make fun of hers…