On July 28, 2011, Morolake Akinosun posted on Twitter her goals for 2016, “In 2016 I will be 22, graduated from a school I have not chosen yet, and going to the Olympics.” Anyone could have tweeted the same goals and dreams, of course, but Morolake worked so hard to achieve all these that, indeed, she was able to reach all of these dreams in 2016!

Of course, her goal of being 22 is inevitable as you can’t change your age, after all, but her other goals have also been fulfilled. She is set to graduate from Texas this year and her most amazing goal of all – “going to the Olympics” – is about to be fulfilled because she will be part of the team for the USA Track & Field 4x100m relay pool set to compete in Rio! 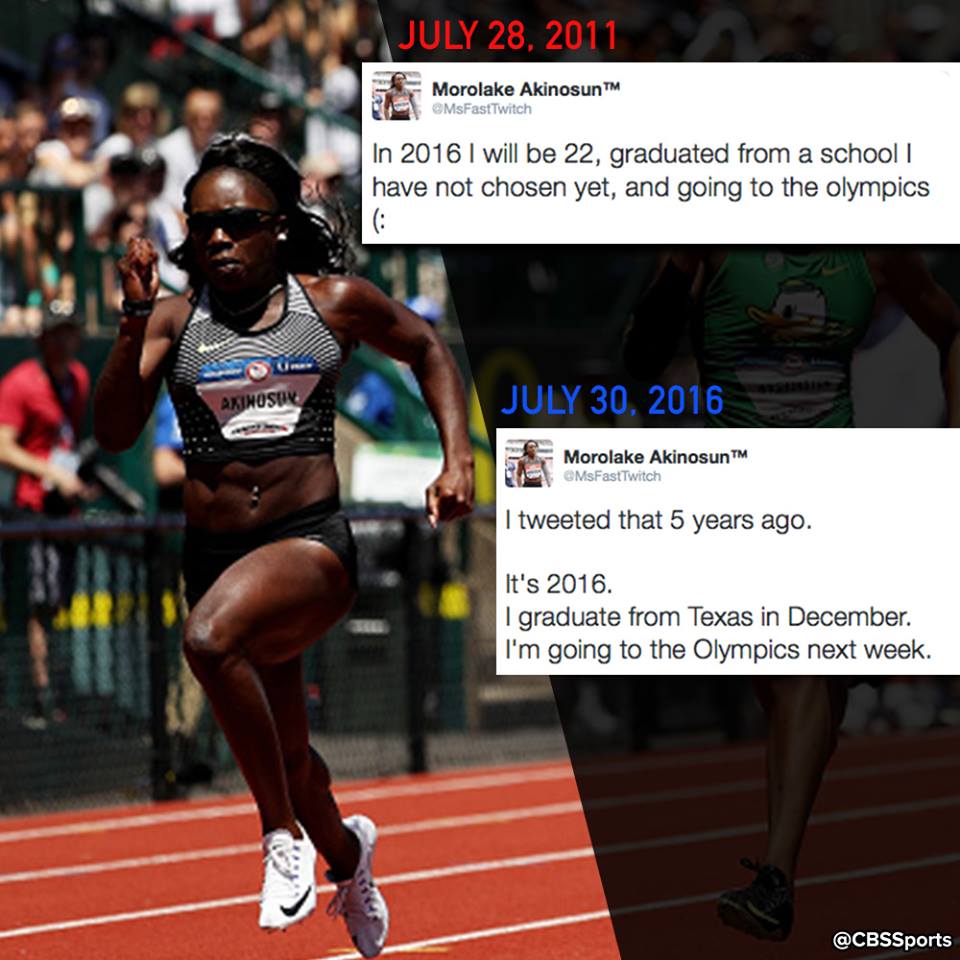 While it was not part of her goal, Morolake won the gold while representing the US in the 2015 Pan American Games.

It amazed her and a lot of people that all her goals for 2016 are about to be fulfilled!

We couldn’t help but feel utmost admiration for this young lady for aiming high and hitting the mark! May you always serve as an inspiration for others – and we hope you will win the gold in the Olympics! Good luck!

When is the Olympics on Rio?

The 2016 Summer Olympics will be held in Rio de Janeiro, Brazil this August 5 to 21, 2016. It has been met with a lot of issues, including the problems with the Zika virus as well as alleged fecal contamination in the waters which will be used for the main water events!