An elderly guy in Chongqing Municipality, China has gained the admiration of thousands of netizens after photos of his weird bottle ‘accessory’ went viral on social media. This old man, 65-year-old Yang Duxue, wears an empty oil bottle on his head.

But while many of those who first saw him thought he was going crazy, close inspection of his strange contraption revealed that he actually uses it to hold a bottle of intravenous (IV) drip which is connected to his left hand. 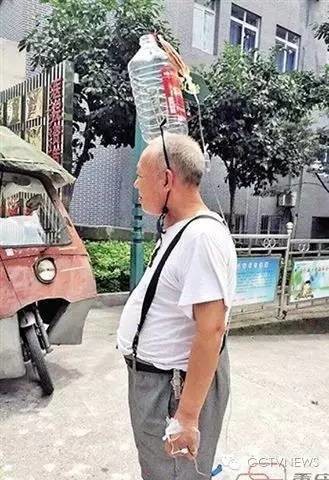 It turned out that this strange infusion gadget was the only way he could think of so he will be able to receive his IV drip and have his arms free to assist his disabled wife!

The paralyzed woman had to be carried around – and there was no one else to do it than this wonderful husband. Wan Qijia has been paralyzed for 13 years and because Yang also needed his IV, he has been using the ‘gadget’ for years, too!

Despite Wan being paralyzed, Yang often takes her on short rides in a vehicle he often decks with flowers, so she could see the world and still have a good time despite her condition. 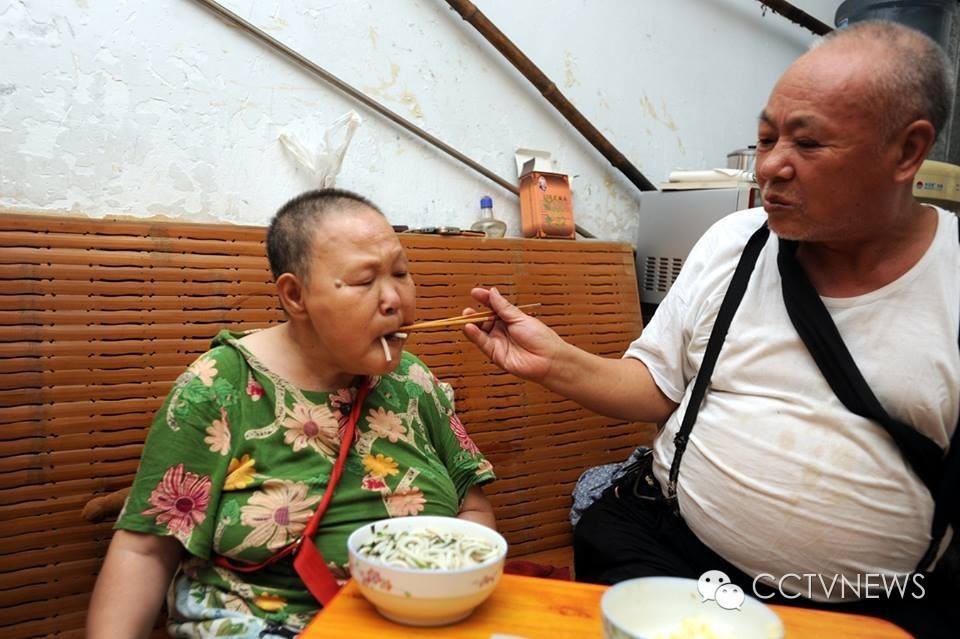 A neighbor commented when asked what he thought about Yang’s sacrifice, “Keeping you company is the most faithful love confession.”

What a beautiful story of love and dedication! It would surely be nice for everyone to find a life partner like Mr. Yang!

What is an IV Drip?

An intravenous (IV) drip is used to infuse liquid substance directly into a vein, with the word ‘intravenous’ actually meaning ‘within vein’.

The setup is often seen in hospitals and clinics; although doctors may give permission to the patient to go home still connected to an IV drip as long as there’s a medical professional who can monitor the setup or the patient has to regularly visit the clinic/doctor – but such cases are not the norm and only allowed in special circumstances.