He’s so old that he could not even remember his age but for Tatay Arunting of Barangay Tiguib Ayungon in Negros Oriental, Philippines, age is just a number because he has to remain strong for his two disabled daughters.

Every day, Tatay Arunting had to walk for at least 30 minutes down the mountain and another 30 minutes to reach the town where he would beg for money in the streets so he could have food to bring back to his two adult daughters, both of who are disabled.

His wife had passed away, leaving him fully in charge of his daughters.

At his obviously advanced age, doing this daily trek to town was difficult but it was the only way he knew to feed his children. 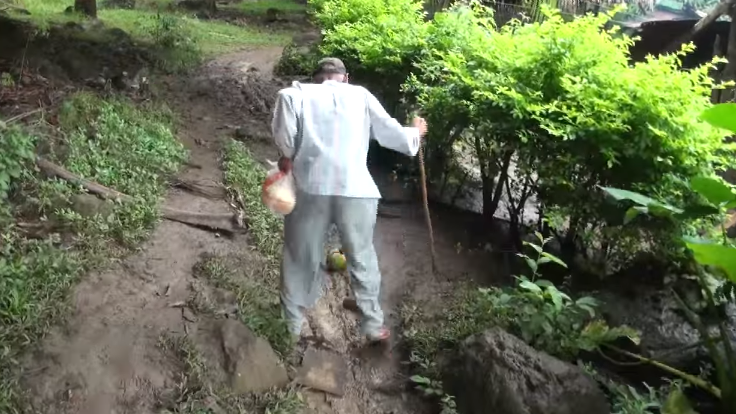 Thankfully, some good Samaritans learned of his plight and took the trek back to his house where they discovered the family’s pitiful situation. Netizen Frances Baena would share Tatay Arunting’s plight on social media where it would reach several kindhearted people who immediately promised to help the family. 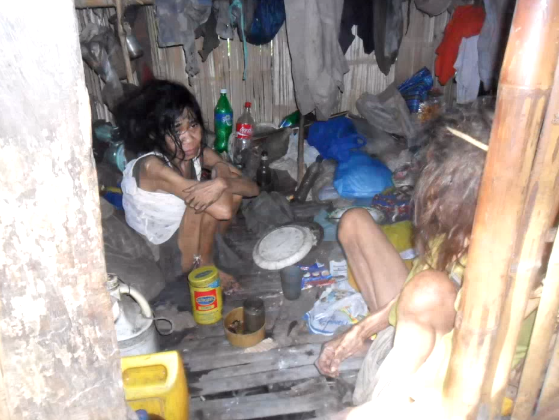 Donations poured in for the three. Soon, enough money was collected for a house that the family could live in wherein Tatay Arunting wouldn’t have to take long treks each day. It was also near the market and had a lot of neighbors, ensuring that the family would get the help they needed should an emergency happen.

Food was also provided for the family and they were taken to the hospital for check-up. It is truly wonderful that they were provided with a home so the old man never has to take the long, dangerous trek up and down the mountain each day.