Dads would do everything to ensure that their children will have food on the table – even if it means doing unconventional things like cleaning up tables at a fastfood outlet to collect the leftover food to bring to their families!

This is what a father in Cagayan de Oro City, Misamis Oriental in southern Philippines was caught doing.

This man was caught on camera cleaning up some tables at a KFC outlet in Limketkai Mall in the city. Netizen Francis Adrian Cornilla Agrabio was dining with his family when he noticed the old man clearing the tables. Seeing that he wasn’t wearing a KFC uniform, it was clear that he was not really working there but he appeared neat and well-groomed. 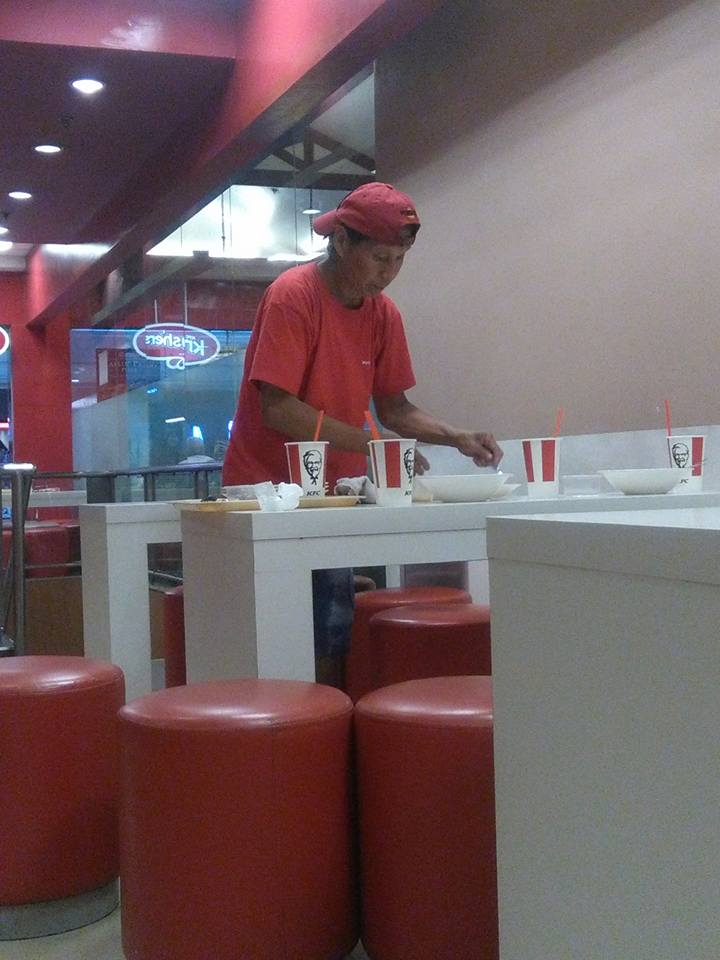 Curious, another diner asked the old man what he was doing there. Agrabio said that he overheard the old man saying he was clearing the dishes so he can recover the leftover food to bring to his children so they can also have some food to eat.

Touched by the old man’s plight but having not much money to also provide him with more food, Agrabio shared his photos instead so that those who might see him the next time they are at the mall can provide him with the money he needs for his family.

Some netizens were concerned that this man was ‘working’ at KFC without payment but others were happy that he was, at least, provided with food because he probably won’t be able to get a job at the fastfood outlet if he did apply. 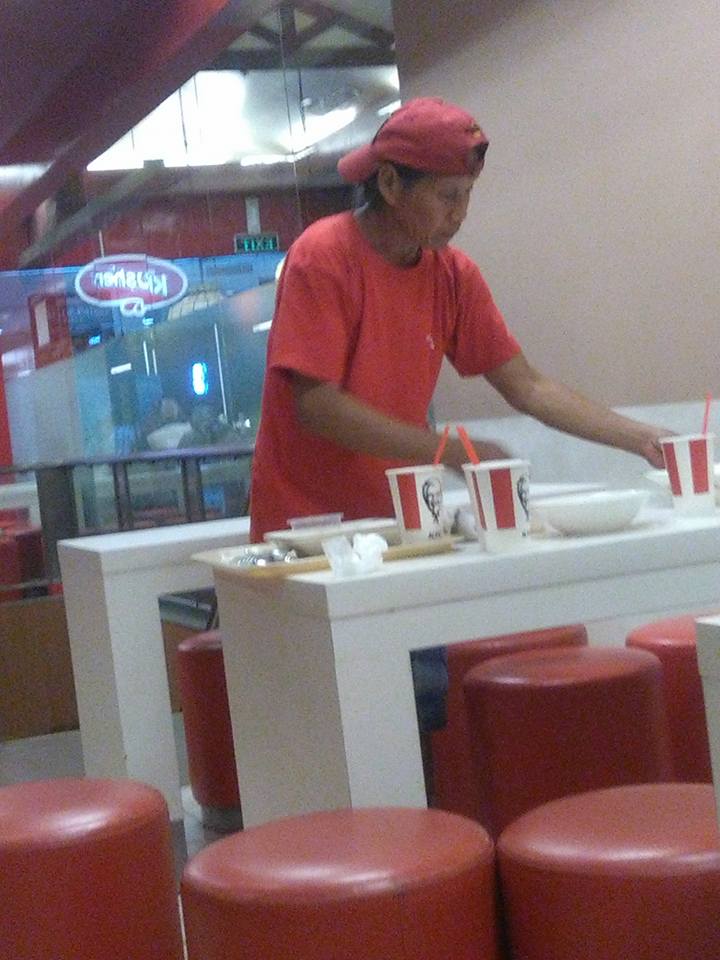 Many hoped that his plight will be seen by others who might be able to provide him with a good job so he wouldn’t have to do this to get food for his family.

Fastfood workers do not have to be formally educated to get a job but in many countries, companies often require that their workers are at least high school graduates; thus, it is difficult to obtain a job unless the management provides them consideration on a case to case basis.