They are both 98 years old – and still very much in love with each other – so, on the 70th anniversary of their wedding, Chinese couple Cao Yuehua and Wang Deyi decided to recreate their wedding day!

The two had their kids find them the wedding garb similar to what they were wearing during their wedding day – down to the ribbon on the groom’s chest and the large bouquet that reaches the floor for the bride! 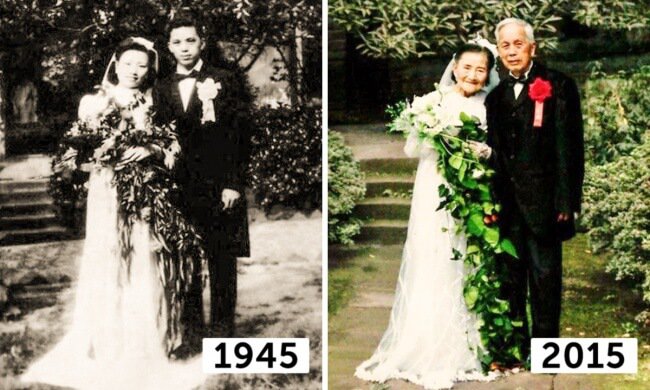 Wearing these, the two then renewed their vows in a simple ceremony attended by friends and family. They, then, posed for a photo similar to the one they had taken during their wedding day. Afterwards, the dapper husband, old as he may be, told his wife, “When we reach 100, we’ll come back here again, ok?”

Their wonderful love story has inspired many people, including their own family.

According to them, the two met in 1943 during a student ball. They fell in love and got married in 1945. Never had they broken apart, not once in their long marriage. They recreated their wedding in a simple ceremony in 2015 and vowed to do it again two years later, when they are both 100 years old.

We do hope they survive until 100 years old and beyond; though judging from their recent photos and the one taken during their 70th wedding anniversary, they still look healthy and much younger than their real age! 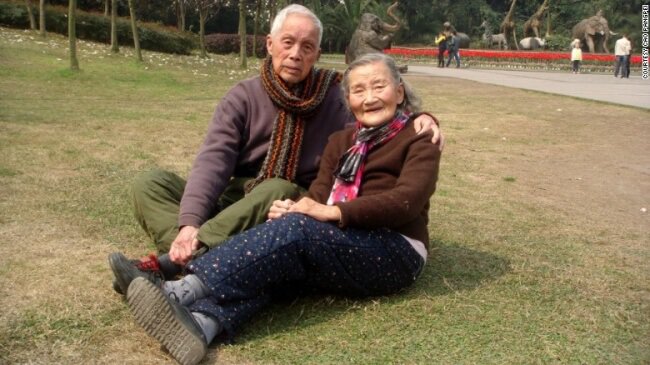 We’re quite willing to bet they might even get to celebrate their 100th wedding anniversary!

What Do You Call a 70th Wedding Anniversary?