For 58 years in their marriage, high school sweethearts George and Ora Lee Rodriguez shared almost everything – and even in their death, it seems that they want to do things together.

Corina Martinez, the couple’s daughter, revealed that the two were diagnosed with dementia. Yet even when the condition progressed for both, they managed to still feel that they are part of each other – even if they can’t really remember much, anymore.

As the couple’s conditions worsened, their children prepared for the worst; for they had always known in their hearts that the two would go together – but they had no idea that this will really happen! One night, George suffered a stroke and silently died in his sleep. They were holding hands. 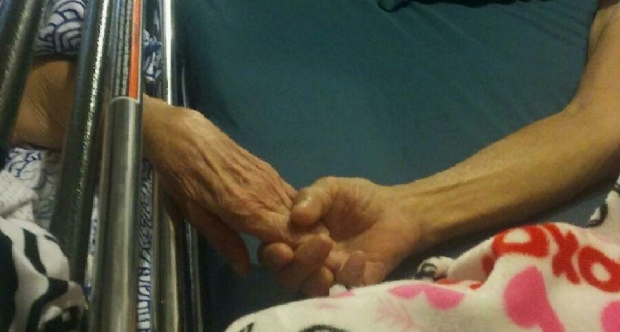 “I just can’t believe something like this would ever happen, you hear this on the movies … like The Notebook,” Corina mused. “We had them here at the house, in their hospital beds, right beside each other. They were holding hands.”

“My mother would always say that she was going to take my father or vice versa, and it did happen, we didn’t think it would, but it did,” Corina’s sister, Georgia Perez, added.

The couple’s children feel sad that they had to lose both parents on the same day yet they also feel happy that the two have gotten what they had always wished for and that they are together – for even death could not part them as they had vowed to be together, forever.

But does forever really exist?

Well, since no one has really gone back from ‘beyond’ to tell us what it is like out there, we can’t say for sure whether forever really exists – but, then, there are many definitions of ‘forever’ so, in some way, it does exists!