He might be openly gay but comedian Ogie Diaz is also a proud dad to four daughters with his long-time partner, Georgette. He’s not your typical dad but Ogie has proven that being gay is never a hindrance from becoming the best dad one could ever be!

For Father’s Day, Ogie posted a heartwarming conversation he had with his eldest daughter. While this conversation happened back in 2015 when the girl had just graduated from elementary, the moment was etched in his memory – and it really is the sweetest thing.

According to Ogie, his daughter had taken the entrance exams at a school she wanted to get into but was not able to pass the assessment. But it wasn’t the fact that his daughter didn’t pass the exams that made this conversation go viral; it was what actually happened next that made a huge impact.

Much to Ogie’s surprise, his daughter did not really mind not passing the assessment, saying that this is just the way things happen. 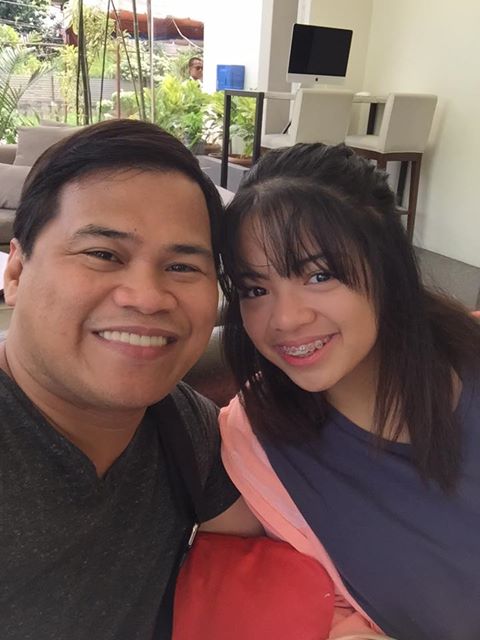 To make his daughter feel happy, Ogie told her that he also experienced the same thing. After graduating from high school, he took the entrance exams at the University of the Philippines (UP) but did not pass the test.

While he didn’t pursue a college education after that, Ogie told his daughter that it was probably what he was meant to experience because his life today is wonderful – for he met Georgette and they have four beautiful girls together. He didn’t graduate from college but his life now is truly awesome.

His daughter cried. Worried that he had upset her, he asked why she was crying but the girl replied that she was proud of him! It was his turn to cry.

What can you say about their heartwarming conversation?