Several overseas Filipino workers (OFWs) have been stranded in Hong Kong after a travel agency failed to secure their tickets back home, leading the airlines to refuse their printed tickets.

One of the affected OFWs is a domestic helper named Vicky Delino who bought her ticket last July, back when the airline tickets had cost cheaper.

She was excited to be home for Christmas and enjoy a reunion with her family but come December 19, she was barred from the flight and was told by Cathay Pacific crew that her name was not on the list of confirmed passengers.

While she holds a ‘valid’ ticket with an authentic receipt from PEYA Travel, the ticket had been voided because the travel agency failed to pay the airline at the set deadline. What’s even sadder is that not only does she stand to miss spending Christmas with her family, they were not given refunds for the missed flight. 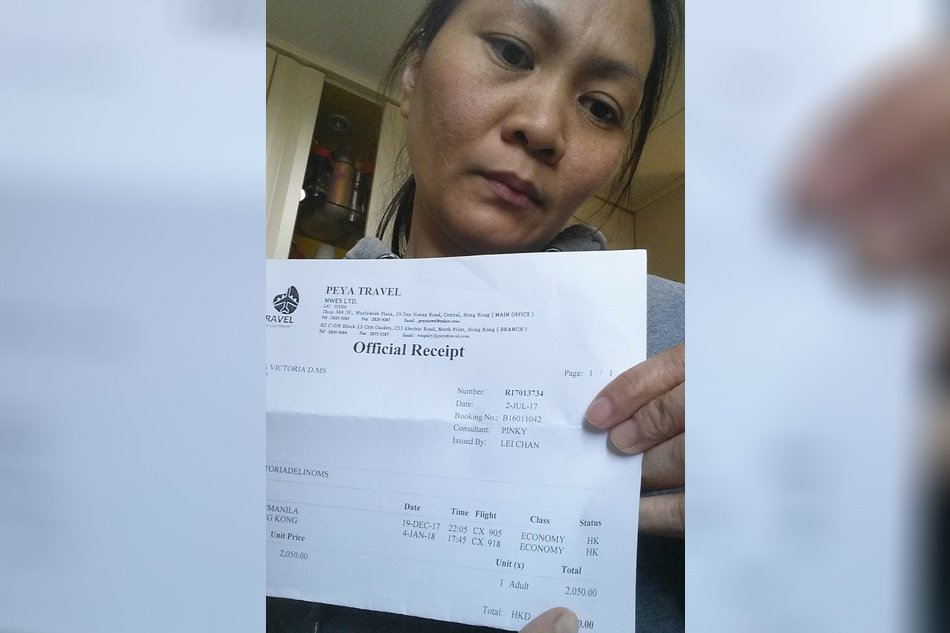 Other OFWs who also booked through PEYA Travel experienced a similar thing, not just with Cathay Pacific but also with Philippine Airlines (PAL).

Another OFW named Marion Antoin Alexis also suffered the same fate, saying she bought the ticket from the agency last September but she was turned down by PAL. She has to wait for her employers to call as the family was heading to Hawaii.

With no extra money to buy tickets which now cost more, many of the OFWs like Vicky and Marion are stranded in Hong Kong. Others were able to book a flight but stand to lose the money they paid for the tickets they bought from the travel agency. 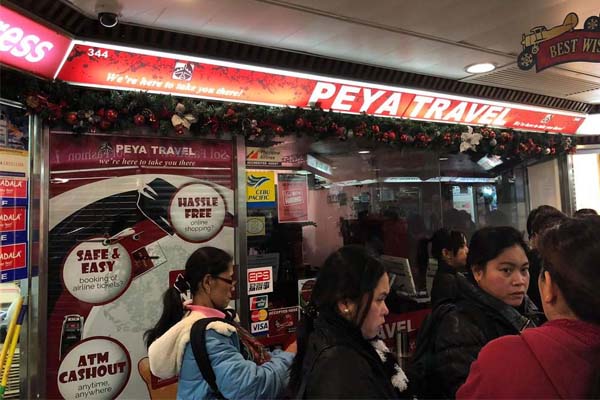 What’s even sadder is that all the flights are now fully booked on Cathay Pacific but the airline promised to find a way to help the stranded OFWs. Many complained that they had not even received warning from the agency that their tickets were voided by the airlines.

Later, the agency apologized on its Facebook page for the problems, promising to find a way to solve the situation.