One dad who worked overseas pretended to be a waiter at the family’s favorite restaurant and the video of the sweet reunion went viral on social media.

Overseas Filipino workers (OFWs) often have to endure many years of being away from their families due to the nature of their work and where they are working; although there are those who are lucky enough to have their families by their side or have work arrangements that allow them to spend more time with their families. 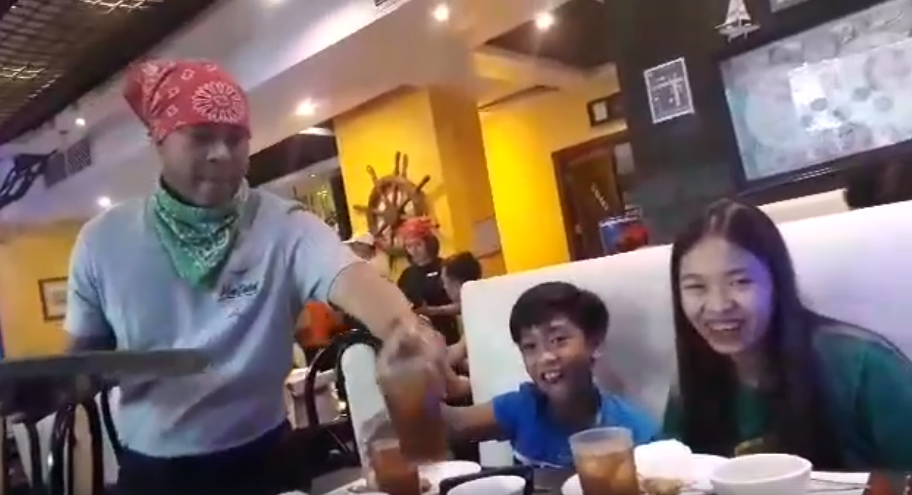 Still, no matter how short or long the time that OFWs spend away from their families, homecomings are often the sweetest moments.

There are those OFWs who love to surprise their families during homecoming.

On Facebook, Shell Sayson shared the sweet homecoming surprise by her husband, Mario Sayson, who works as an electrician for a construction company in Qatar. She knew that he was coming home but their kids had no idea.

On the day that he arrived, the couple convinced the staff of Gilligan’s Restaurant to let Mario pretend to be part of the crew so they could surprise the kids. Thankfully, the restaurant management readily agreed to the sweet surprise, even allowing to bring the family’s food to the table. 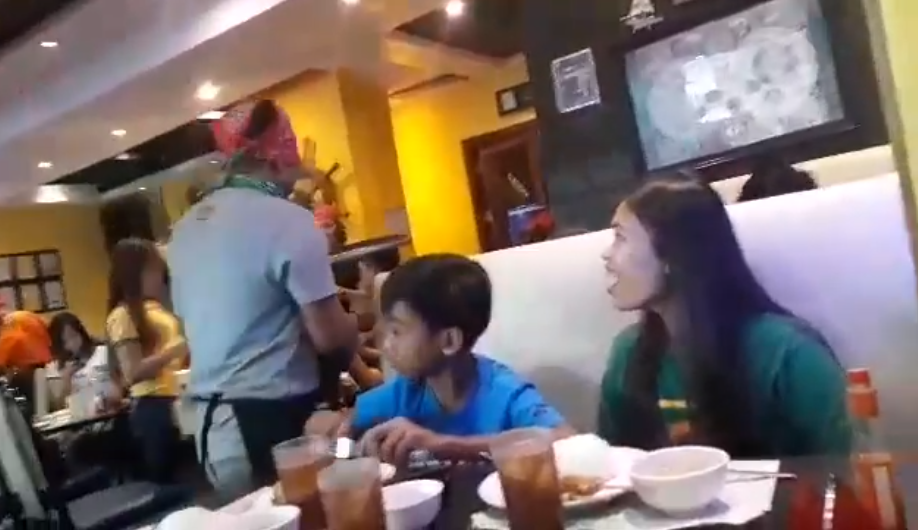 As she was in on the surprise, Shell took a video of when Mario brought the food to the table. But because he used a large handkerchief to cover half of his face, the kids had no idea who he was.

As he returned to bring more food to the table, however, he pulled the handkerchief down – and just when he turned away from the table, his daughter noticed his face. She was shocked and couldn’t help but cry at the sight of her dad.

It was a tearful but happy reunion afterwards… Watch the sweet video here: