The much awaited boxing match between two of the best fighters in the world will finally take place on May 2 at the MCM Grand in Las Vegas, according to ESPN. After years of anticipation, Floyd Mayweather Jr. has finally announced his upcoming match with the Pinoy boxing champ Manny Pacquiao on Friday via social media Shots.

He said: “Boxing fans and sports fans around the world will witness greatness on May 2. I am the best ever, TBE, and this fight will be another opportunity to showcase my skills and do what I do best, which is win. Manny is going to try to do what 47 before him failed to do, but he won’t be successful. He will be number 48.”

Claiming that it will be the biggest event in sports history, Mayweather promised to give his fans “what they want to see”. 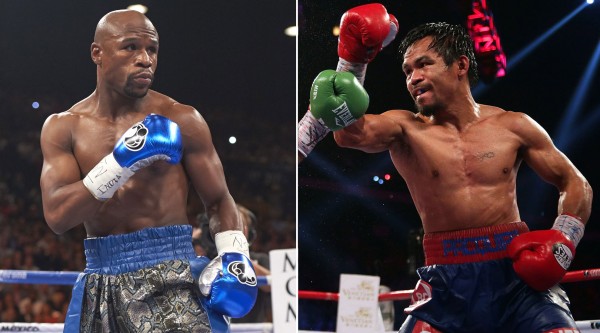 In the agreement the two boxing champions signed, Mayweather had the right to announce the fight to the world. An hour before he made the announcement, Mayweather notified top rank about his decision to face Pacquiao in the ring.

Meanwhile, Pacman is happy that their highly anticipated meeting in the ring will finally happen.

“They have waited long enough and they deserve it. It is an honor to be part of this historic event. I dedicate this fight to all the fans who willed this fight to happen and, as always, to bring glory to the Philippines and my fellow Filipinos around the world,” Pacquiao said.

Dubbed as two of the most prominent fighters in the world, Pacquiao and Mayweather had a quick chat for the first time at the courtside of a Miami Heat game on January 27. The two also had a private conversation after the basketball game triggering speculations that the dream match will finally happen very soon.