Several news sites and netizens are slamming President Rodrigo Duterte for his strong ‘separation’ statement against the US plus a host of other strong statements that ‘attacked’ foreign countries as it is believed that these had led to these countries refusing to provide aid to the victims of Supertyphoon Lawin which had recently damaged many parts of northern Philippines.

Indeed, it has been confirmed that to date, no foreign aid has arrived for ‘Lawin’ victims; although several charity organizations are on standby, just waiting for the request for assistance.

The offices of the United Nations Children’s Fund, World Health Organization, and the Asean Coordinating Center for Humanitarian Assistance are still waiting for the go-signal to provide help in these typhoon-hit areas. 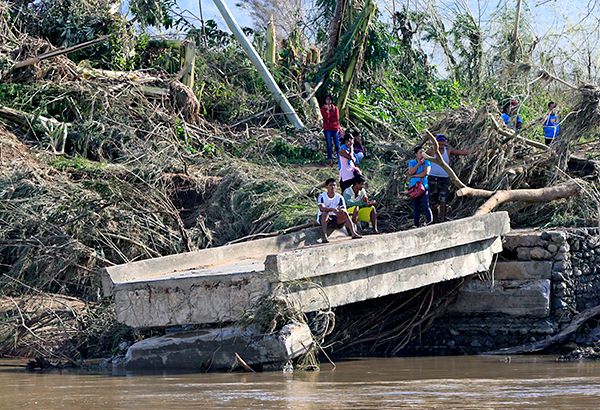 According to Inquirer, residents in Cagayan province are confused why no foreign aid has arrived in their place when ‘Lawin’ was believed to have been stronger than ‘Yolanda’; in comparison, several foreign countries scrambled to help the Philippines in the aftermath of ‘Yolanda’.

But the spokesperson for the National Disaster Risk Reduction and Management Council (NDRRMC), Romina Marasigan, believes that no foreign aid has arrived in Lawin-hit areas because the national government did not ask for help from other countries.

“While local governments struggled to distribute food and restore electricity and communication services here, the national news was about President Duterte’s “separation” from the United States, which he announced during his state visit to China,” reports the Inquirer.

Indeed, Cagayan Gov. Manuel Mamba hopes that help will arrive – and he’s not picky where help will come from, even if it’s from a foreign land. Other local government officials also said that relief operations had faltered but this was mostly because they are still awaiting the decision from the Cagayan provincial board to speed up the release of emergency funds by placing the province under a state of calamity.

According to the assessment made by the provincial disaster risk reduction and management council, Php433.8 million worth of infrastructure and Php5.7 billion worth of crops were destroyed by Lawin. The typhoon also displaced 28,000 people, injured 11 and killed 4 people, and destroyed over 9,000 houses.

Still, the NDRRMC revealed that relief supplies are enough. “So far the local government units and national government still have enough relief supplies to be given to our communities,” Marasigan said. “We will be doing assessment first so we will know exactly what type of aid we will be requesting from foreign counterparts.”

Unlike in the past when foreign aid may be directed to the local government units, Marasigan said that any assistance will now be coursed through the NDRRMC.

Despite foreign governments not yet sending aid to the Philippines, some private foreign groups had already sent donations of blankets and bottled water to Cagayan, the Inquirer revealed.

Meanwhile, Senate committee on agriculture and food Sen. Francisco Pangilinan has already asked the Department of Budget and Management (DBM) to release a supplemental budget  to ease their livelihood concerns for farmers in Lawin-affected areas by making the National Food Authority (NFA) buy storm-damaged rice and for the Department of Agriculture (DA) to provide them with palay seeds for free.