Sen. Leila De Lima has categorically denied that she knows self-confessed drug dealer Kerwin Espinosa and has repeatedly slammed reports that she met up with him in Baguio City in November 2015 to receive drug protection money despite a photo surfacing of her with him and an unnamed lady at what netizens believe to be Burnham Park.

As De Lima continued to deny the accusations, some netizens scrambled to show proof that, indeed, the senator was there in Baguio City last year just like Espinosa claimed.

For instance, netizen Janelle C. Belleza shares a photo of her mother and tita with the senator wearing the same outfit she had on with the photo with Espinosa. According to Belleza, the photo was taken last November 19, 2015 at Burnham Park in Baguio City. 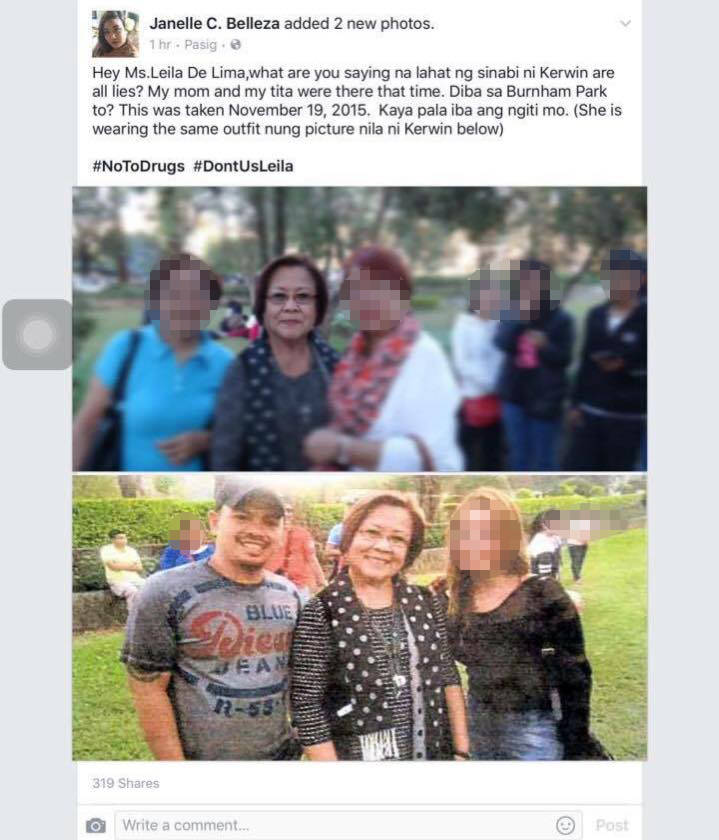 Comparing the two photos, however, many netizens commented how De Lima seemed to be so chummy with Espinosa and the unknown woman while she looked more reserved and was smiling less in the photo with Belleza’s mom and tita.

Another netizen, Florence Quijada, also shared several photos of De Lima and an unknown guy – with the senator also wearing the same outfit. 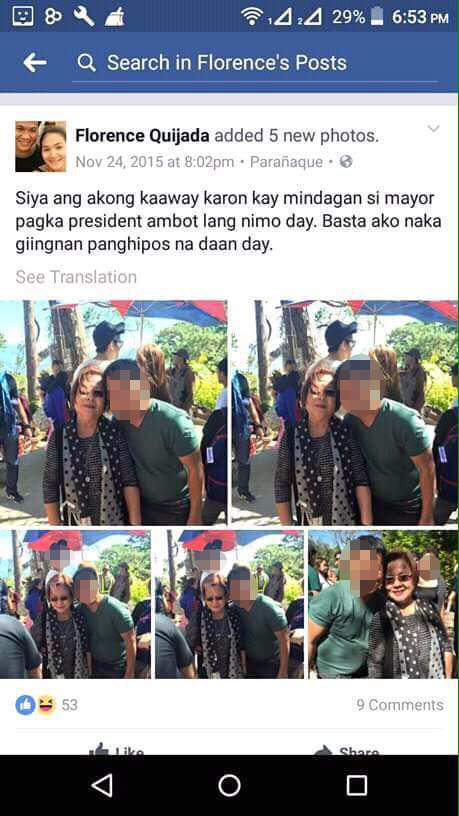 Many social media users who saw the photos on Facebook believe that these snapshots are ‘proof’ of Espinosa’s claim that De Lima met up with him in Baguio to receive the drug payola.

But do you think that is the case?

While many think that the photos strengthen the case against De Lima and help corroborate Espinosa’s statement, many of us are also under the impression that these are actually helping her out – not dragging her down!

After all, if these people were able to have their photos taken with De Lima even if she doesn’t know them, then this could prove her statement that she didn’t know Espinosa and that he could just be one of the many people who wanted to take a photo with her!

Check out the hand of this guy around De Lima’s waist; it proves that anyone can also look chummy with her and it would mean nothing… 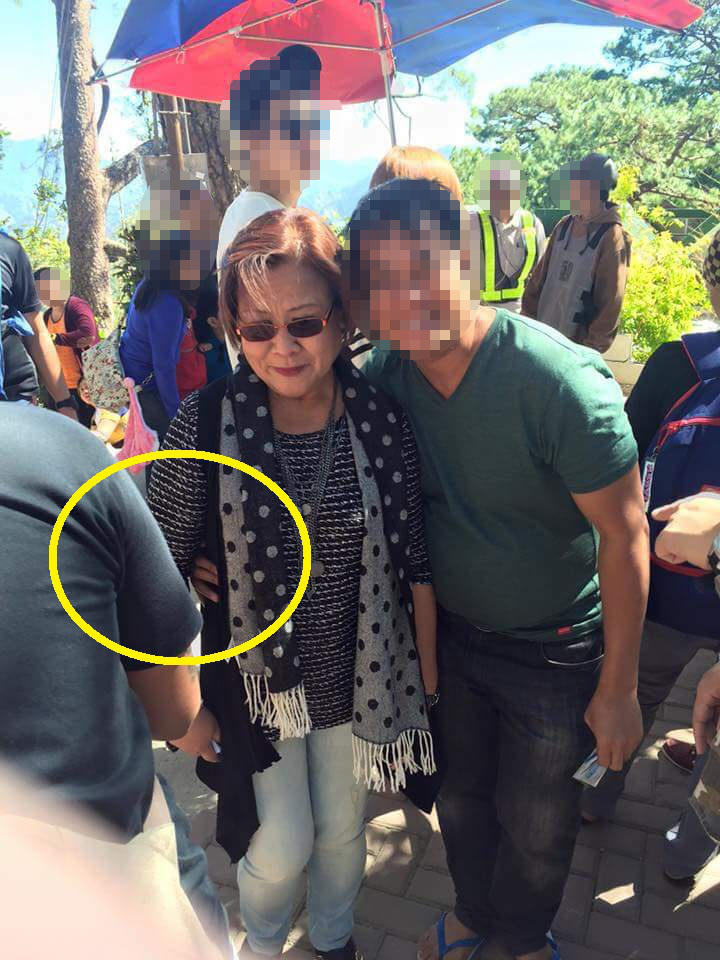