A hot dog vendor selling outside the University of California, Berkeley got in trouble with the law for selling without a permit. But he would soon receive internet sympathy and is set to receive a food truck after netizens raised over $92,000 on his behalf.

During a football game at the university, Rigoberto Matias sold hot dogs to earn some money. Some reports identified him as a construction worker who sometimes sells hot dogs as a side job.

A UC Berkeley Police Officer surnamed Aranas was caught on video giving Matias a citation for his offense: conducting business without a license. But while vendors are supposed to get a license and the officer was in the right here, the latter’s next action displeased netizens and the man taking the video, Martin Flores. 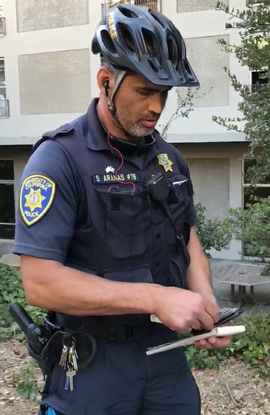 According to Flores, he had been watching football with his kids and had just finished buying them some hot dogs when the officer arrived to apprehend Matias. But aside from giving him a citation, Officer Aranas also opened the vendor’s wallet and removed his money, estimated to be $60.

Flores who is an alumnus of the university didn’t agree with the officer’s actions. According to him, Matias and other street vendors should be allowed to earn money for their families. It truly angered Flores that the officer even got Matias’ hard-earned cash.

“If he’s really about law and order there’s really so many other things he could’ve stopped,” he said. “I totally recognize that people have to have permits. But this wasn’t about that. This was about identifying one vendor. If you want law and order, be law and order across the board.” 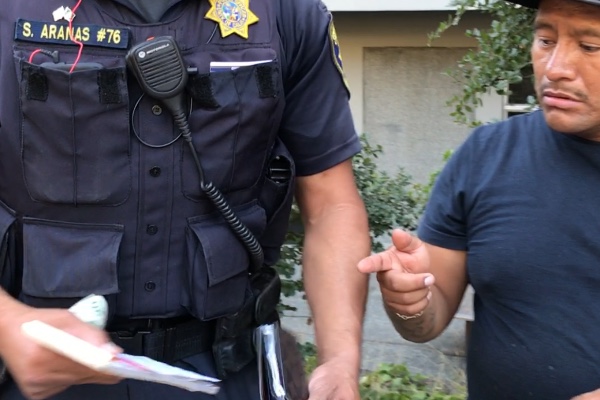 The police department as well as the school officials, however, took the officer’s side and defended his actions.

“We have instructed our officers to monitor illegal vending outside our event venues. This action has been motivated at least in part by issues of public health, the interests of local small businesses, and even human trafficking. In a case such as this, it is typical to collect any suspected illegal funds and enter them into evidence,” said UC Berkeley vice chancellor Scott Biddy.

Flores posted the videos on Facebook where these went viral. Afterwards, he created a GoFundMe campaign which quickly surpassed its initial goal of $10,000. The new goal is $150,000 so Matias can buy a food truck; so far, the campaign has received over $92,500 in less than a month.