In many places around the world, discrimination still exists against people with advanced ages so that they are not allowed to work if they are over 60 or 65 and that employment opportunities are only given to young people, preferably those below 30 years old!

Even in the Philippines, such discrimination exists — and this applies even in international food chains and companies who only accept young people even when the same companies actually employ old people with no age limit in their other branches in foreign countries.

Netizen Lemuel Baltazar Estrada shares a heartwarming story of how he and his friends were eating at a McDonald’s outlet when they noticed that an old man was bussing the tables. Noticing that the old crew did not accept help from those who offered, Estrada and his group decided to simply make the old man’s job easier by cleaning up their own table and putting all food containers and eating utensils in the tray. 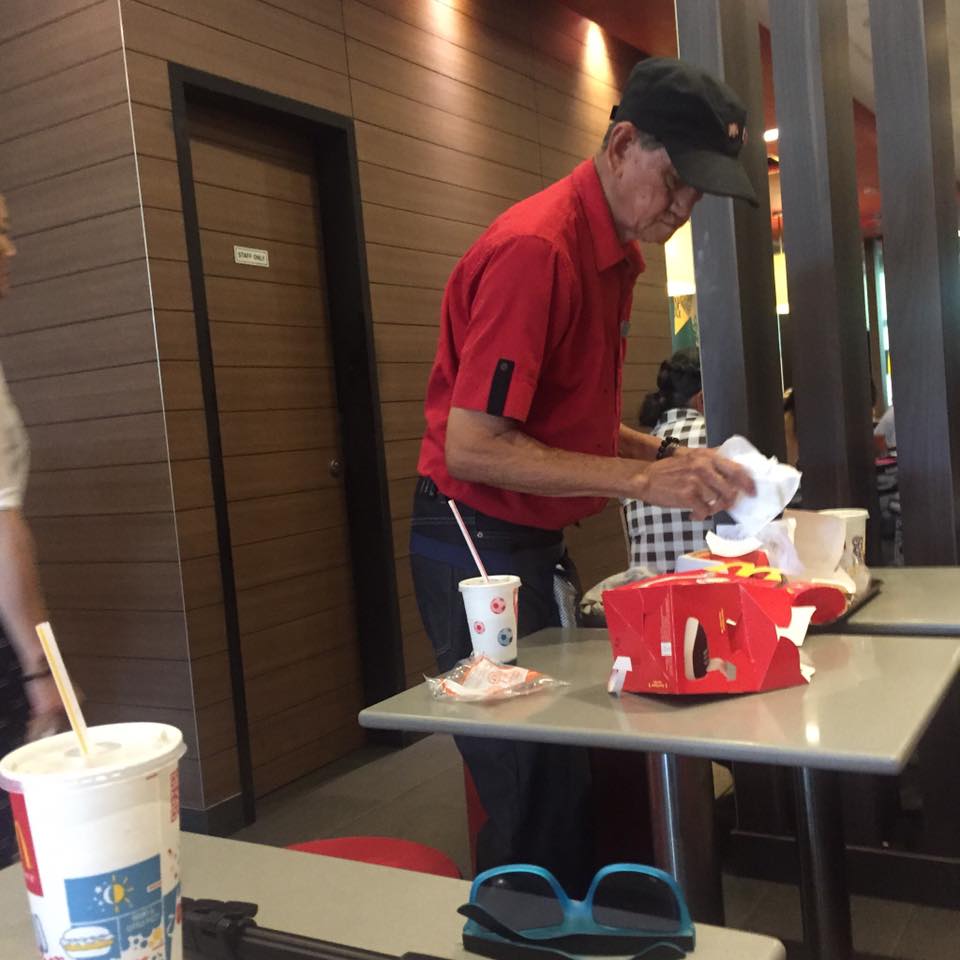 (McDo Service Crew. We arranged all the utensils we used for eating and placed them in a tray so he will not have a difficult time; we do the same even if the crew is young. He doesn’t want someone to help him. #KudosnSalute2SGMcDo for giving them equal job opportunities. We hope that all branches in the Philippines will also have [old crew] so that the customers will be more disciplined, especially the young people. Feel free to share, no need to ask permission.)

RachFeed has reached out to Estrada to confirm whether the McDonald’s outlet he was talking about was actually in Singapore [SGMcDo] or whether it was a branch somewhere in the Philippines.

What we know is that wherever this branch might be, it is great that they accept people no matter how old they are — because this would surely give old people a chance to have something worthwhile to do, especially now that they have a lot of time in their hands as they have already retired from their old jobs.

Is it OK for Old People to Work?

While there were also some people who pity the old man for working at an old age, we think this was really something he wanted to do for self-worth. Old people want to feel that they are still important and that they, like everyone else, can work just as well as younger people.